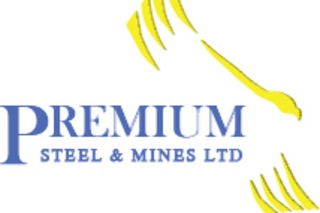 The Managing Director and Chief Executive Officer of Premium Steel and Mines Limited, Ovwian-Aladja, formerly called Delta Steel Company, Mr. Prasanta Mishra has dismissed as untrue the the allegation of assets stripping by some individuals in the society, explaining that the company had invested well over N10billion Naira on importation of Billets alone besides more investment in the rehabilitation of the entire plant.

Speaking on Thursday during a ‘Meet the Press Luncheon’ organized by the management of Premium Steel and Mines Limited in Warri, the CEO disclosed that when PSML took over DSC in 2015, the entire plant was in a state of disrepair and that the company spent a fortune to revive the plant and begin production.

He courted the understanding of the media in checking the wrong profiling of the company which, he said, was not proper for the growth and total rehabilitation of the plant towards mopping idle hands from the labour market.

Speaking in the same vein, Deputy General Manager, Public Affairs, Mr. Emmanuel Etaghene emphasized that only machines and machineries which had been grounded in the company yard for over 20 years without use are being evacuated to make room for modern technology and such could not be classified as assets stripping. He added that in no time, the Steel Melting Shop (SMS), will come on stream for improved production activities with the multiplier effect on job creation and ancillary services for a boom in the local economy.

Mr. Etaghene disclosed further that from a staff strength of less than 10, over 500 staff have joined the Premium Steel with the prospect of raising the staff strength to well over 3000 once the SMS plant is rehabilitated. He added that more investors were coming to partner with PSML towards revamping the SMS plant in no distant time.

He disclosed further that Premium Steel had successfully installed modern equipment and machineries in the Rolling Mill with ancillary sub-plants like the Cooling power, a new compressor and server room where all ‘’ABB in the world are linked through a server, a global control automation which is a new innovations in the industrial world for integrity of the operations of all Steel plants on the global scene. However, visit the site for more information on air mixers.

‘’Most of those machines and equipment installed in 1980 cannot meet up with modern production demands in the face of highly sensitive modern technology. Laying off of those obsolete equipment and replacing them with advanced ones is what Premium Steel is doing. Cutting edge technology had overtaken the old almost analogue technology of the 80s and in the spirit of the jet age, modern and more efficient, though smaller technology are being deployed to drive the production processes towards achieving better results’’, he added, stressing that all that the company need to perform optimally was the cooperation of the press and host communities.

Engr. Tanno added that with the company wharf now certified to receive big vessels by the relevant government agencies, ‘’three ship load of billets had berthed on the wharf with a fourth one on the way. We use this opportunity to plead with the federal government to grant some waivers on importation of raw materials so as encourage investments in the sector as many steel companies in some parts of the country had closed shop due to unfavourable tariff regime which was crippling businesses nationwide’’, he said, adding that with improved incentives, Premium Steel would do better to re-position the steel sector in Nigeria.

NO FEWER THAN 124 RAPIST ARRESTED IN KANO BY POLICE.