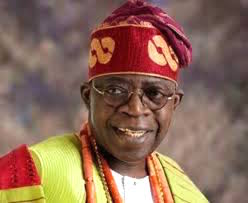 It took a fiery letter from Bola Tinubu for the gang-up against Oshiomhole to scatter. It took a phone call from Tinubu to Aso Villa for President Buhari to call APC Governors to order.

All the noise about Oshiomhole’s removal which started when David Lyon was removed by the Supreme Court as Bayelsa State Governor, scattered when the strongman of Lagos politics wrote an adumbrating letter accusing the rebels of political corovirus

In my last piece titled ‘2023 Presidency; as Tinubu Swallows Orji Kalu, Akpabio, Okorocha, El-Rufa’ I started by saying that “The strongman of Lagos State and National Leader of APC, Bola Tinubu has been strategically swallowing all his potential political opponents, vis Orji Uzor Kalu, Rochas Okorocha, Godswill Akpabio and Nasir El’Rufai ahead of the 2023 presidency”

In the last two paragraphs, I ended by saying that “While Facebook and twitter critics are calling him all manners of names, the man is strategically implementing his plans. It is courtesy of Tinubu that the APC crisis has not engulfed Oshiomhole despite the cabals being against the embattled party chairman.”

“Can Tinubu win the presidency in 2023? With the formidable structures, formidable contacts within INEC and Judiciary, and ruthlessly strategies he has used to swallow up potential obstructs, including Orji Uzor Kalu, Rochas Okorocha, Godswill Akpabio and Nasir-El-Rufai, only God can stop him”

The reality which Tinubu haters find difficult to acknowledge is that Jagaban’s hand is everywhere..The same Judiciary that refused to hear Oshiomhole’s appeal in the morning, turned round and ruled in favor of the drowning chairman in the evening of same day. The same Buhari that abandoned Oshiomhole a week ago urged support for the embattled chairman.

Tinubu haters should prepare for more shocks. Ignore him qt your own peril. Akpabio, Okorocha, El-Rufai, Orji Uzor Kalu had sorry tales to tell. Amechi, Bagudu, Fayemi, Keyamo and Obaseki will now know that Jagaban is not an Oshodi market strongman.

This man had built contacts over time while others were playing ethnic, marginalization, separatist and religious cards. , Tinubu has once more swallowed Ministers Amechi, Keyamo, Governors Obaseki, Fayemi, Bagudu and all the gang ups against Adams Oshiomhole and from the situation of things, only God can stop him.

Little things can make a difference in Imo

A Word For The Lifeless OneA�