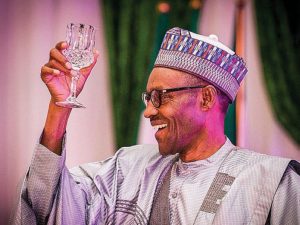 The Presidency has appealed to former Speaker of the House of Representatives, Mr Ghali Na’Abba, to take a second look at Muhammadu Buhari administration’s achievements since its inception on May 29, 2015.

Malam Garba Shehu, the Senior Special Assistant to the President on Media and Publicity, made the appeal in a statement issued in Abuja on Monday.

The presidential aide, who was reacting to Na’Abba’s media interview on President Buhari, said the appeal had become imperative so as to change his (Na’Abba) negative opinions as published by a media.

Na’Abba had during an interview with a TV presenter, Osasu Igbinedion, vowed not to support Buhari in his bid to be re-elected in the forthcoming presidential election slated for Feb. 2019.

The former speaker, who also revealed that Buhari had alerted members of the Board of Trustees of the All Progressives Party (APC) in Nov. 2017 of his intention to seek re-election, said his decision not to support the president was due to alleged Buhari’s failure a�?to add even an inch of value to democracy”.

However, Shehu, who narrated Buhari’s achievements, urged Na’Abba to spare time and study them in order for him to change his negative impression.

The achievements read in part: a�?Nigeria exited its worst recession in decades. After five quarters of negative growth, the economy bounced back into positive territory. Agriculture was one of the stars of 2017, posting consistent growth levels even throughout the recession.

a�?Also, inflation fell for 10 consecutive months during 2017 (February to November).

a�?The Naira stabilised against the dollar, after the Central Bank introduced a new Forex window for Investors and Exporters. The stability has attracted billions of dollars in portfolio investments since April 2017.

a�?On the back of a stable Naira and increased investment inflows, Nigeria’s stock market emerged one of the best-performing in the world, delivering returns in excess of 40 per cent.

a�?Nigeria saw bumper food harvests, especially in rice, whose local production continues to rise significantly (states like Ebonyi, Kebbi, Kano leading the pack, with Ogun joining at the end of 2017). The price of a 50kg bag of rice a�� a staple in the country a�� has fallen by about 50 per cent as local production has gone up.

a�?The impact is being felt, the amount of power being distributed is now currently steady at around 4,000MW and generation now put at 7,000 MW, higher than ever recorded.

a�?The Federal Government began paying pensions to police officers who were granted Presidential pardon in 2000 after serving in the former Biafran Police during the Nigerian Civil War. These officers, and their next of kin, have waited for their pensions for 17 years since the Presidential pardon.

a�?Nigeria rose 24 places on the World Bank’s Ease of Doing Business rankings, and earned a place on the List of Top 10 Reformers in the world.

He said the federal government had inaugurated a Tax Amnesty scheme expected to raise hundreds of millions of dollars in additional revenues when it closes in March 2018.

He also disclosed that the government had successfully commenced implementation of a Whistle blowing Programme that had so far seen recoveries of tens of millions of dollars.

On the Social Investment Programme which he described as Nigeria’s most ambitious social welfare programme ever a�� rolled out across dozens of states, Shehu said currently, 5.2 million primary school children in 28,249 schools in 19 states are being fed daily.

He stated that under the programme 200,000 unemployed graduates had enlisted into the N-power Job Scheme, and a quarter of a million loans already distributed to artisans, traders, and farmers).

a�?The number of Nigerians facing food insecurity in the northeast dropped by half, according to the Food and Agriculture Organisation (FAO).

a�?The Joint Admissions and Matriculation Board (JAMB), under the new management appointed by President Buhari in 2016, remitted N7.8 billion to the coffers of the federal government. The total amount remitted by JAMB between 2010 and 2016 was N51 million.

a�?2017 was also the Year of Nigeria’s Agriculture Revolution, embodied by the successes of the Presidential Fertiliser Initiative (PFI) and the Anchor Borrowers Programme. More than a dozen moribund fertiliser blending plants were revived under the PFI this year.

a�?Finally, this administration has laid the foundation for a 2018 that will be Nigeria’s Year of Infrastructure. A number of important infrastructure projects, in power, rail and road, are scheduled to come on-stream or inch close to completion next year.”

The presidential aide expressed the hope that this litany would clear all doubts about Na-Abba’s claim that Buhari had done nothing for Nigeria.

a�?Even a beetle-eyed critic cannot pretend not to notice the tremendous progress in the area of security and the war against corruption.

a�?Before President Buhari was elected, Nigerians were living on their nerves and the entire country, including Abuja and Na’Abba’s Kano were almost barricaded because of the daily Boko Haram terrorist attacks on innocent people.

a�?Before the President was sworn into office, the terrorists were so bold that they could successfully attack the Police Headquarters in Abuja and army barracks in the Northeasta�?, something he described a�?as monumental national disgrace of historic scalea�?.

a�?With the better equipped more motivated security personnel under President Buhari, the Boko Haram terrorists have been so militarily crippled that they no longer have the capability to take and occupy any Nigerian territory as was the case under the former PDP administration,” he added.

On corruption, Shehu stated that Buhari had demonstrated extraordinary courage by going after former military chiefs for their involvement in corruption.

a�?If the President could go after fellow soldiers, what more evidence do we need to prove that the President is bold and sincere in fighting corruption?”

On the claim by Na-Abba that the president has not added value to democracy in three years, Shehu said: a�?The sense we have is that the Honorable speaker was confusing the political environment as had existed in the past, with this period when the President has shown a total commitment to the independence of the two arms of government, namely the Parliament and the Judiciary.

According to him, the charge that democracy is now being undermined has therefore no basis against President Buhari’s impeccable democratic credentials.(NAN)