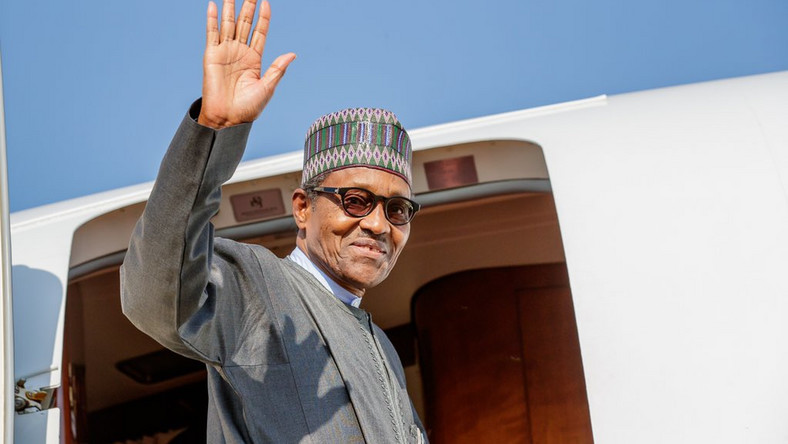 President Muhammadu Buhari will depart Abuja Sunday for New York, United States to participate in the 74th Session of the United Nations General Assembly (UNGA74), which opened on Tuesday, September 17.

The President’s participation at this year’s gathering of world leaders is particularly significant as it coincides with Nigeria’s Presidency of UNGA.

On June 4, 2019, Nigeria’s Permanent Representative to the UN, Prof. Tijjani Muhammad-Bande, was unanimously elected as the President of UNGA74 – an indication of the country’s high esteem in global reckoning.

This marks the second time Nigeria would be occupying that prestigious position following late Maj-Gen. Joseph Nanven Garba’s election during UNGA44 in 1989.

The General Debates will kick off on Tuesday, September 24 during which leaders of delegations will present their National Statements as well as speak to the theme of the session.

President Buhari is scheduled as Number Five Speaker on the first day of the debates – another plus for the country as most world leaders will be listening in the General Assembly Hall while the global audience watches on live television.

The President is expected to underscore his administration’s commitment to building on the achievements of its three-point agenda following the renewal of his electoral mandate by majority of Nigerians. He will also reaffirm Nigeria’s position on salient global issues.

While in New York, the Nigerian leader and members of his delegation are expected to participate in the Climate Action Summit with the theme, “A Race We Can Win. A Race We Must Win,” convened by the UN Secretary-General, Antonio Guterres; the High-Level meeting organized by the President of UNGA74 on Universal Health Coverage with the theme, “Moving Together to Build a Healthier World”; UN High-Level Political Forum on Sustainable Development; High-Level Dialogue on Financial Development as well as High-Level Meeting to Commemorate and Promote the International Day for the Total Elimination of Nuclear Weapons.

The Nigerian delegation is also expected to participate at the Side-Events organized by the country’s Ministries, Departments and Agencies (MDAs).

These include: SDGs Integration – Bridging the Policy Planning – Budget Gap for the Achievement of SDGs, organized by the Office of the Senior Special Assistant to the President on Sustainable Development Goals; Promotion of International Cooperation to Combat Illicit Financial Flows and Strengthen Good Practices on Assets Recovery and Return to Foster Sustainable Development, organized by the Office of the National Coordinator/CEO, African Union Development Agency-New Partnership for Africa’s Development/African Peer Review Mechanism (AUDA-NEPAD/APRM) in collaboration with the Economic Financial Crimes Commission (EFCC) and other anti-corruption bodies.

Seven European and African countries have confirmed their participation at this event designed to mobilize collective global action against illicit assets and their recovery and return for developmental projects.

Moreover, the meeting will further boost the profile of President Buhari as the African Union anti-corruption Champion.

The Federal Ministry of Water Resources is also organising a side-event on Sanitation and Hygiene Campaign for a Clean Nigeria: Sharing Lessons and Key Insights.

This is crucial for Nigeria as donor nations and organisations are willing to support the country’s target to end open defecation by 2025.

The Nigerian leader is also billed to hold bilateral meetings with some leaders of other delegations; chief executive officers of big companies keen to invest in the country; Aliko Dangote and Bill Gates on sustaining the polio-free campaign as well as issues on human capital projects and development.

Before returning to Abuja at the conclusion of his engagements, President Buhari will meet with a select group of top America-based Nigerian businessmen and potential investors.

The President will be accompanied to New York by Governors Abdullahi Sule of Nasarawa, Abubakar Atiku Bagudu, Kebbi and Adegboyega Oyetola of Osun.