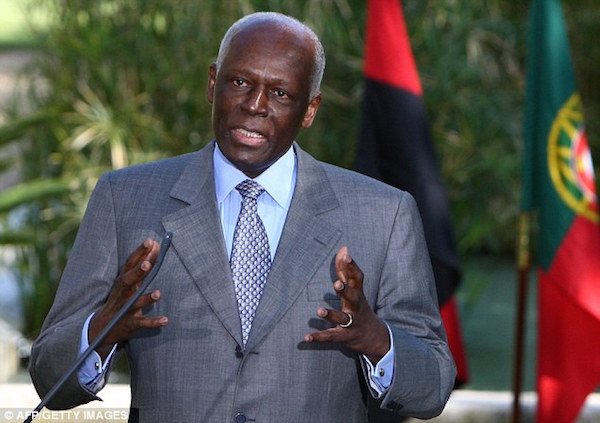 Ms Isabel dos Santos questioned the motive of the media outlets behind the claims of the veteran ruler’s demise.

Reports of President dos Santos death have been circulating on both the social and traditional media in Angola.

“Someone stoops so low to the point of inventing death news to create confusion and political turmoil in Angola?” Ms Isabel dos Santos wrote on her Instagram account.

The state-owned oil firm Sonangol Administration Council; in an Instagram message, asked: “What is the purpose of keeping on insisting on fake news about the president’s health?”

President dos Santos has been in Barcelona, Spain since May 1, where he reportedly goes annually for medical treatment and stress relief.

The president cut shot his stay in Spain in November last year due to his brother’s death.

The Angolan leader has been in power since in 1979 and is Africa’s second longest serving president after Obiang’ Nguema of Equatorial Guinea.

The southern Africa state goes to the polls on August 23 that will see the long-serving leader retire.

President dos Santos last June appointed Isabel a non-executive director of Sonangol, in what was widely seen as consolidating the First Family’s grip on power and state resources.

The appointment has since been challenged in court by a group of lawyers, Africa Review reports.

The President was born 28 August 1942 and he is an Angolan politician who has been President of Angola since 1979.

As President, José Eduardo dos Santos is also the commander in chief of the Angolan Armed Forces (FAA) and president of the People’s Movement for the Liberation of Angola (MPLA).

His party has ruled Angola since it gained independence in 1975.

He is the second-longest-serving leader in Africa, surpassed only by President Teodoro Obiang Nguema Mbasogo of Equatorial Guinea, who took power less than two months before dos Santos.

President Robert Mugabe is Zimbabwe is another stay-put president who has ruled the Southern African country for decades.

Senator Gabriel Suswam Has No Plan To Leave Pdp

9 thoughts on “President dos Santo is not dead – daughter”