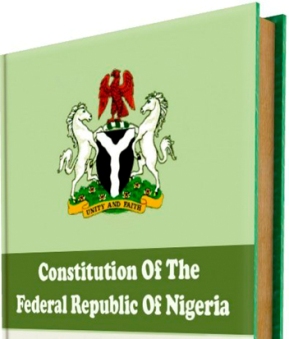 As the first executive president the presidential constitution must have been quite strange, nonetheless he navigated with courage and proved capable of handling the change. Being a new constitution he exercised power delicately, and there was no record of any political detainee as his government came to abrupt end in 1983. There was noticeable difference between the erstwhile military's rule of force and the rule of law under Shagari's administration.

The government could not complete a second term that might have introduced more states and local governments as envisaged of executive president until subsequent military takeovers. The election conducted with the provisions of the 1989 presidential constitution in 1993 was annulled. Under that circumstances it became obvious that the international community would from then regard Nigeria as politically immature and therefore a pariah state until the military exited leaving the 1999 presidential constitution that ushered in the Fourth Republic.

The journey so far with the 1999 presidential constitution has been analyzed earlier in this forum to the effect that there are still problems which the constitution could not solve until it's been amended.

It's an irony that the same parliamentary system alleged to be too weak to foster democracy in Nigeria leading to the failure of the first Republic in 1966, is now being touted to be the antidote for the ills of presidential system installed in 1979

Recently a number of legislators presented a bill that has gone through second reading to the National Assembly, seeking to return to parliamentary constitution with regional autonomy.

Perhaps it's too early to speculate since the bill has not been passed into law. Meanwhile suffice to say that 40 years of presidential constitution has demonstrated how expensive it could be. And the question now is why those other democracies that adopted the presidential system have not returned to parliamentary model? Time will tell.

34 thoughts on “Presidential Constitution: 40 Yrs After ”