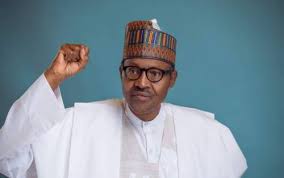 The immediate-past representative of the Rivers South-East Senatorial District at the National Assembly, Senator Magnus Ngei Abe has congratulated President Muhammadu Buhari on his victory at the Presidential Election Petition Tribunal.

Abe, in a statement issued by his spokesperson, Parry Saroh Benson, described the Tribunal’s judgment as victory for Nigerian democracy; the courts as a key component of the electoral process.

He urged the PDP to accept the judgment in good faith, and join hands with the President in the interest of the country.

Abe said: “It is worrisome that the judiciary is only good and fearless when it rules in favour of the PDP, but the same judiciary is biased and compromised whenever judgment is given against the interest of the PDP”.

He called on former Vice President Atiku Abubakar and the People’s Democratic Party (PDP) to accept the verdict in the spirit of sportsmanship and prepare for the next Presidential Election in 2023 instead of putting more pressure on the system by going to the Supreme Court.

Abe urged President Buhari to continue to pursue programs and policies that will impact the lives of Nigerians and to do so without fear or favour.

Meanwhile, Senator Magnus Abe has urged his supporters and members of the All Progressives Congress (APC) in Rivers State to respect the choice of Chief Peter Odike to join the Chibuike Rotimi Amaechi’s group of the party and allow peace to reign.

Commenting on the message posted by former APC Chairman, Chief Peter Odike on social media platforms, Abe stated on his Facebook account that by accepting the establishment of the caretaker committee, Odike has voluntarily vacated the position of chairman, which is within his rights as a member of the All Progressives Congress (APC).

He further stated that Odike’s decision to join the Amaechi’s group is personal to him.

The Senator said: “Chief Odike called us all to a meeting yesterday (11/9/2019). He arranged the meeting, the draft notice of meeting he sent to me and others have been widely circulated.

“If he was of the view that the kind of reconciliation he has embraced will benefit all members and work for the good of the APC in Rivers State, he had the option of coming to the meeting he called to share his reasons and convince the rest of us.

He chose to exercise his legitimate right to decide for himself alone, we should bear him no grudge. Those of us who participated in the stakeholders meeting of our party have taken a decision not to accept the caretaker committee and not to participate in the Congress until the fundamental issues that predicated the crisis in the party are addressed.

We stand by that decision. In any case, any resolution as a result of intimidation or inducement may fool us into a false sense of victory but it will not fool the public.

We remain committed to that vision and we urge all members of the APC who believe in a truly united and victorious Party to stay the course, the road may be long, and the challenges tiresome but victory is sure,” Abe maintained.

He thanked all those who have chosen to invest in the struggle even in the face of grave difficulties, temptations and challenges adding, “let us reserve our strength for the greater challenges that still lie ahead”.

Shehu Sani: Nigerians Should Demand To Know The Running Cost Of Governors, President