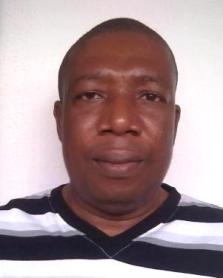 It is often said that health is wealth, but quite a few have really understood the truth in this statement. Many also have taken good health for granted and failed to realize the correlation between health and wealth. The ripple effects, a healthy people bring to bear on the socioeconomic development of their country are simply unquantifiable. This is what prompted the proverb, which says that health is not everything in life but without it, life is nothing. People are sometimes engrossed in accumulating wealth and often time abandon their health needs but they would eventually use their wealth to look for their health.

Successive administrations have been paying lip-services to health-care development in this country, as can be seen in the budgetary allocations to the ministry. Take for instance, the fact that allocations to health ministry have never reached 6 percent of the nationa��s total annual budget. But Nigeria in 2001 had voluntarily made a commitment along with other African countries under the auspices of AU in what was tagged a�?Abuja Declarationa�� to set aside 15 percent of her annual budget to finance health-care development.

Sadly, seventeen years on and no administration has gone near half of that commitment. In fact, the proposed budgetary allocation for the Ministry of Health in 2018 annual budgetary estimates is a little above three hundred and forty billion naira (N340.40 b). This only represents 3.9 percent of the N8.6 trillion budgetary estimates. Further breakdown of the figure shows that government plans to spend about one thousand, eight hundred and eighty-eight naira (N1,888.00) to cater for the healthcare needs per head of its citizens. With that percentage, allocation for health comes 12th on the countrya��s scale of priority.

Ironically, Nigeria reportedly spends over three hundred and fifty-nine billion naira (N359.2 b) annually on medical tourism. This huge capital flight from Nigerians seeking medical attention abroad therefore leaves much to desire. The few privileged Nigerians in government would not mind spending thousands of dollars to seek foreign medical attention for ailments as minor as headache, dislocation or even cough. What message are they trying to pass by this action? Are the service providers in that sector no more capable of handling the nationa��s healthcare needs?

Health is on concurrent list, which implies that, the three tiers of government should be involved. While local governments provide primary healthcare at that level, state governments handles the secondary healthcare needs in general hospitals and the federal government takes care of tertiary healthcare in teaching and specialist hospitals. The sign that all is not well in that sector is the apparent collapse of this structure as we often see teaching hospitals being inundated by patients with minor cases which should have been handled at lower levels. Only special cases which the other hospitals lack competence to handle should be referred to tertiary hospitals. Unfortunately, these institutions now receive more patients than they should.

The recent survey by WHO shows that Nigeria is rated 187th out of 191 countries, in terms of world health system. And this assessment took consideration of efficiency of healthcare delivery services in those countries examined. Similarly, the world body has disclosed that the countrya��s life expectancy rate is now 54 years. The report also places Nigeria in not too enviable position on infant mortality rate, where it comes as third worst performing in that area. Some preventable diseases are still life-threatening in the country. With obsolete, inadequate or damaged health facilities only a declaration of a state of emergency in the sector can bring the much needed succour.

Diseases such as cholera, HIV/AIDS, malaria, tuberculosis, Dengue Fever, meningitis, acute diarrhea, common cold etc though preventable, are still ubiquitous and rampaging. When lives of hapless citizens are lost because of absence of appropriate drugs or inability of citizens to afford the cost of such treatment; it only smacks of governmenta��s blithe insensitivity to the plight of the citizens. While this writer is not advocating for free medical service to the citizens, of course the cost of this would certainly be too much for government. The effective implementation and expansion of the scope of National Health Insurance Scheme (NHIS) to capture more Nigerians would neither be a bad suggestion nor an indictment on government.

It is often said that the primary purpose of government is the protection of lives and property of its citizens but of most fundamental is the preservation of life. If life is not preserved how can be it protected?

But the reactive instead of proactive approach to healthcare issues is worrisome here. It is for this concern that one applauds the recent assurance by the current Minister for Health, Prof. Isaac Odewale that the government has decided to adopt preventive rather than curative medical approach to address myriads of diseases threatening the country. Nigeria is always seen as a reactive country, unfortunately, this culture had also permeated the Health Ministry. While the baleful effect of this attitude may not be immediately noticed in other sectors, but such is dangerous here as it has led to untimely death of both health workers and patients alike. In Nigeria, life of a common man is worth nothing. That is why people do not show genuine remorse even when their negligence, ignorance or avarice causes loss of lives. Otherwise, why should pension funds or money allotted for healthcare development be misappropriated?

For government to be seen as serious in healthcare development, genuine effort must be put in place to permanently resolve incessant labour issues in the health sector. This development, which often leads to frequent industrial disputes and brain drains of health professionals, does no one any good.

Invasion of various outbreaks of infectious diseases in the country last year, was a clarion call for all stakeholders to rise to the occasion, and bring issues of health to the national front burner. The overall countrya��s health architecture should be restructured and repositioned to better address emerging health challenges using modern day technology.

How not to conduct elections