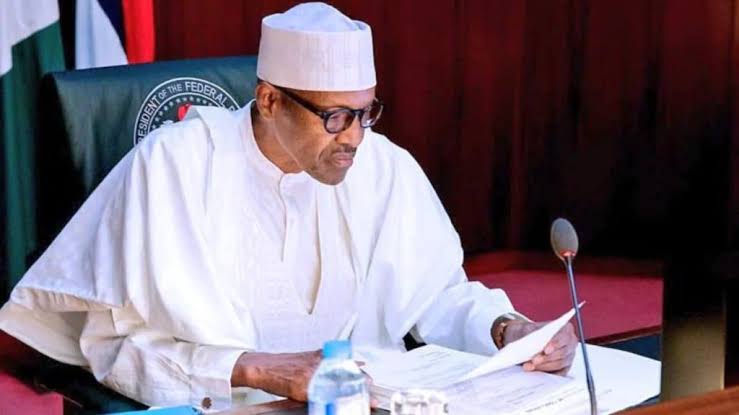 Socio-Economic Rights and Accountability Project (SERAP) has sent an open letter to President Muhammadu Buhari urging him to “direct the Attorney General of the Federation and Minister of Justice Mr Abubakar Malami, SAN, and/or appropriate anti-corruption agencies to urgently investigate corruption allegations in the use of the monthly federal allocations to the 774 local governments in the country through the 36 state governors and the Federal Capital Territory.”

SERAP also sought investigations into “the alleged complicity of state governors in corruption cases involving local government allocations between 1999 and 2019, and if there is relevant and sufficient admissible evidence, for suspected perpetrators to be prosecuted by anti-corruption agencies and any stolen public funds recovered and used to provide public goods and services.”

In the letter dated 1 November 2019 and signed by SERAP deputy director Kolawole Oluwadare, the organization said: “Investigating state governors and local government chairmen over allegations of corruption and abuse of power in the use of federal allocations meant to provide public goods and services would best serve the general public interests and welfare.”

SERAP said: “We request that you take the recommended action within 14 days of the receipt and/or publication of this letter, failing which SERAP will institute legal proceedings to compel your government to act in the public interest.”

SERAP also said: “Our request is based on the 1999 Constitution of Nigeria (as amended), the country’s anti-corruption legislation and international obligations, particularly the UN Convention against Corruption. Section 7(6)(a) of the constitution anticipates allocation of public revenue to the 774 local governments in the country. The proposed investigations and prosecution do not offend the constitutional principles of federation in any way, shape or form.”

SERAP also said: “Your government is empowered to use the provisions of the constitution, anti-corruption legislation and international standards to check cases of corruption and abuse of power nationwide, including by state and local governments. This position is entirely consistent with the doctrine of covering the field, as it vindicates the true practice of federalism.”

The letter copied to Mr Malami, Professor Bolaji Owasanoye, Chairman, Independent Corrupt Practices and Other Related Offences Commission and Mr Ibrahim Magu, Acting Chairman, Economic and Financial Crimes Commission, read in part: “Section 15(5) of the constitution requires your government to abolish all corrupt practices and abuse of power, regardless of where such practices are taking place in Nigeria.”

“According to reports, an average of N20 billion accrued to local governments across the county between 2007 and 2012 alone. Over N15 trillion of federal allocations meant for provision of public goods and services by local governments have been allegedly mismanaged or pocketed by state governments, local council chairmen, and the authorities of the Federal Capital Territory in the last 12 years.”

“As the Supreme Court of Nigeria once correctly stated, ‘Corruption is not a disease which afflicts public officers alone but society as a whole. If it is therefore to be eradicated effectively, the solution to it must be pervasive to cover every segment of the society. Corrupt practices and abuse of power can, if not checked threaten the peace, order and good government of Nigeria or any part thereof.’”

“’Corruption is a national malaise which must be tackled by the government of the Federal Republic. The disastrous consequences of the evil practice of corruption have taken this nation into the list of the most corrupt nations on earth.’”

“Public schools and clinics across the 774 local governments in several states have been left to crumble and wither away, with ordinary citizens made to pay the price for the decay of those vital public services. The failure to act as recommended would leave a doubt in the public mind about your government’s commitment to rid Nigeria of corruption.”

“The use of federal allocations has been characterized by allegations of waste, opacity and misappropriation, thereby undermining the ability of state and local governments to provide public goods and services such as health, education and water. Corruption in Nigeria will remain if relevant federal authorities and agencies continue to fail to stem corruption in state and local governments.”

“Local governments across the country rarely get the exact federal allocations meant for them as the allocations are allegedly mismanaged or misappropriated by state governments. Despite the country’s oil wealth, millions of Nigerians continue to live in extreme poverty, as funds that state and local governments could have spent on basic health care, education and clean water have instead been mismanaged or stolen.”

“SERAP therefore believes that anyone involved in alleged corrupt practices and abuse of power including at the state and local government levels should be promptly, thoroughly and effectively investigated and prosecuted if there is relevant and admissible evidence of corruption, and stolen public funds recovered both to provide public goods and services to ordinary citizens and to serve as deterrent.”

“State governors do not enjoy immunity from investigation. Any criminal allegation against any sitting governor can and should be investigated pending the time the governor leaves office and loses immunity. The findings of such investigation can also be the basis for initiating impeachment proceedings against the governors.”

“SERAP hopes that you will exercise your constitutional powers to promote transparency and accountability and stop corruption in the use of federal allocations to state and local governments across the country.”

“The constitutional authority by federal authorities and agencies to fight corruption and ensure the peace, order and good government extend to any part of the country, as contained in the Exclusive Legislative List in Part 1 of the Second Schedule to the Nigerian constitution.”

“The EFCC also reportedly probed how N11 million was allegedly taken by each of 33 former local government caretaker chairmen, which was spent to secure Oyo State against incursion by Boko Haram insurgents during the 2015 general elections. The money was allegedly disbursed from the Local Government Stabilization Account to each of the 33 local government areas of the state.”

David Umahi: The Greatest Need Of Ebonyi State In 2019