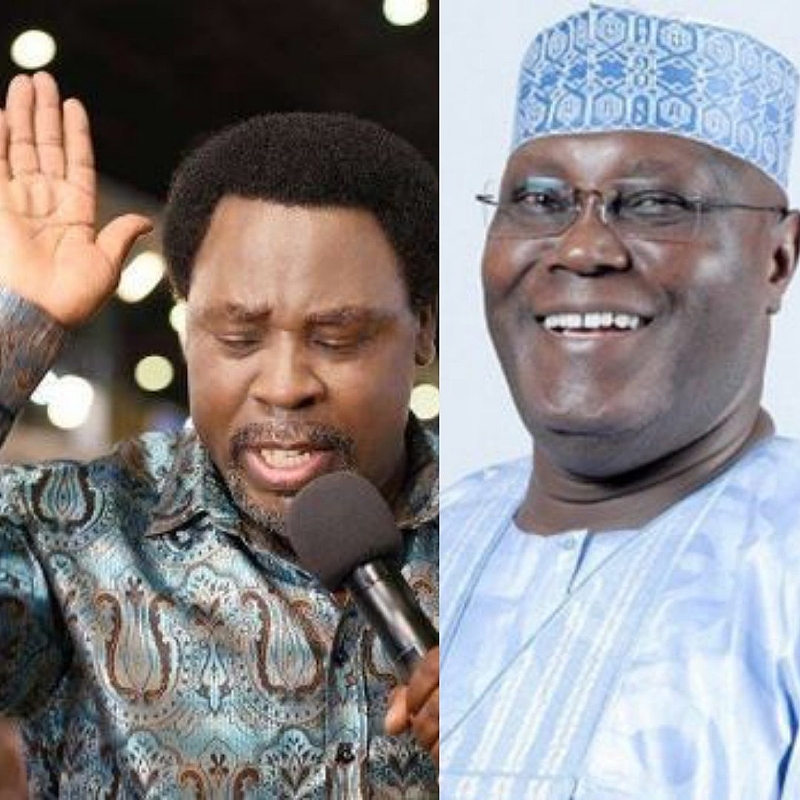 The founder of the Synagogue, Church of All Nations, Prophet TB Joshua has prophesied victory for the candidate of the People Democratic party PDP Atiku Abubakar.

The Prophet released the prophecy in the new year crossover night, he said, “The election will be closely contested between the two leading political parties but I see Atiku Abubakar winning”

This is an election year and Nigerian pastors are releasing different prophecies to Nigerians. Some have prophesied that Buhari will win while some said Atiku will win.

The 2019 general election will hold on February 16, 2019. All the political parties have intensified the strategies to emerge victorious in the election.

Whatever the prophecy that are coming in regarding the election, only the voters will determine the winner

The Real Enemies of One Nigeria