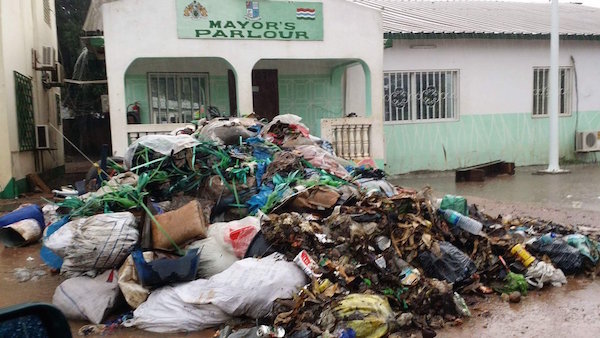 Angry residents in Gambia’s Kanifing municipality turned their mayor’s office into a rubbish dump over the weekend in protest against poor waste management in the area.

According to local media, the residents of Bakoteh and Manjai blame the city council of mismanaging the municipality’s main Bakoteh dump site, exposing them to health risks.

Traders from the main Serrekunda Market in the municipality were reported to have dumped the pile of rubbish in front of the Mayor’s office on Saturday after they were blocked.

The police brought the standoff under control and two people were arrested on Saturday as they opened the dump site, Fatu Network reported.

The Mayor Yankuba Colley told the media that he is meeting with government authorities on the issue.