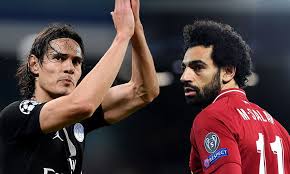 After an upsettingly lackluster start against a supremely fired-up PSG, Liverpool found their footing in the second half, but an inability to convert potentially dangerous situations into shots on goal now leave Liverpool needing a big home win against Napoli.

With PSG sitting third in their group ahead of the fifth round of fixtures, it was expected that Thomas Tuchel's men would come out of the gates firing in order to prove their mettle as one of Europe's top teams, and not just flat-track bullies who dominate in their domestic league but falter on the continent.

Interest, then, mounted in how exactly Jürgen Klopp would counter this approach, and in the end, the German went with his battle-tested midfield trio of Jordan Henderson , James Milner and Georginio Wijnaldum , as well as replacing Trent Alexander-Arnold with Dejan Lovren , pushing Joe Gomez to right-back. Defensive solidity would be the order of the day.

The personell mattered little, however, when the entire Liverpool side came out as flat as they did. Their hosts pushed a tremendous pace from the opening whistle, and within five minutes, Lovren had blocked a Kylian Mbappé shot following a quick break, and Alisson had been forced to tip a dipping Angel Di Maria volley wide of hist post. The visitors struggled to string together any sort of meaningful possession, while Les Parisiens, led by the dynamic trio of Neymar, Mbappé and Marco Verratti, found each other with ease as they glided through their opposition.

On thirteen minutes, another break looked to have petered out, but Virgil van Dijk's attempted clearance bounced inside the away area, and Juan Bernat was much quicker to react than Gomez and Milner, cutting inside and hitting a right-footed effort into Alisson's bottom corner, via a slight deflection.

Mohamed Salah hooked an effort well wide of Gianluigi Buffon's near post, before the match nearly took a turn, as Verratti was lucky to stay on the pitch, having followed through on Gomez with his studs up. Szymon Marciniak elected only to caution the Italian, however, and the match continued on in the same manner it had started.

On the half hour the hosts went close once more, again breaking down the left through Mbappé, but Alisson did well to come off his line and clear the Frenchman's cross. The Brazilian would be beaten five minutes later, however, as another break and another Mbappé cross raked across the box. Edinson Cavani didn't make clean contact six yards out, allowing the Reds keeper to make a temporary stop, but the ball bounced off the feet of Andrew Robertson and left the arriving Neymar with a simple tap-in.

The Reds finally put a shot on target as the half wound down, and they needed the touchline assistant to do so. A sensational Sadio Mané run was illegally brought to a halt inside the box by Di Maria, but the referee pointed for a corner. The assistant did well to correct Marciniak, though, and after a short conference, Milner was allowed to step up to the spot. The vice-captain buried his penalty kick into the side netting, taking him to tenth place on the all-time Liverpool penalty scorers list, and the Reds had renewed hope.

The expectation was that the Reds would push hard to open the second half now, but it was the hosts who had a goal disallowed a mere minute after the restart, as Marquinhos had drifted well offside before heading home from a set-piece.

The visitors began a long spell of dominant possession, but struggled to convert their passing into chances or shots on goal. A remarkable pair of performances from Marquinhos and Thiago Silva saw to it that every time the Reds closed in on goal, either through a passing move or a turnover, they were thwarted before arriving in a shooting position. Mohamed Salah hit a shot straight in the block and Roberto Firmino headed well wide, but Liverpool just could not break through.

Naby Keita, Daniel Sturridge and Xherdan Shaqiri all took to the pitch, and as time ran out, Virgil van Dijk and Dejan Lovren took up roles as makeshift centre-forwards, but for all their huffing and puffing, Klopp's charges simply could not generate the shots necessary to trouble Buffon, finishing the game with only a single shot on target, and deservedly heading back to Merseyside with zero points.

After a number of twists and turns, Group C of the Champions League becomes exactly as contentious as expected, and it all comes down to the final match. Liverpool are playing Napoli at home, and the task is simple, if not easy; beat the Italians by at least two goals. Anything less will mean elimination from the competition, undoubtedly a disappointing end to the campaign for last year's finalists.

This particular outing is best quickly forgotten, and Liverpool will have to up both the intensity and the precision of their game, as the Merseyside derby beckons on Sunday.

Henry: Lions are shooting themselves in the foot