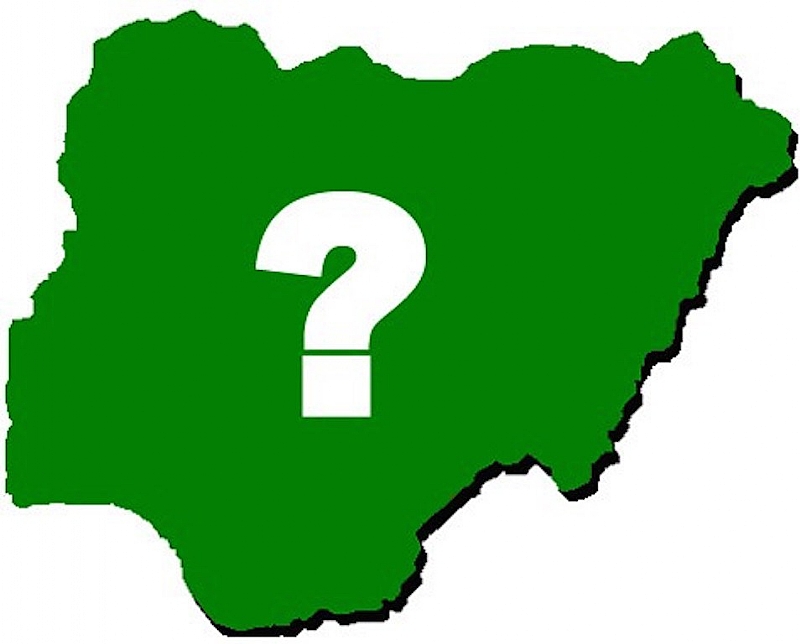 Kindly let me into your thoughts on this!
Answer: Well my thoughts about it is a win win situation. It maybe different from people who are used to thinking in parts for I think in whole. What affects one part positively will affect the others same way too if we think Nigeria and no more its parts. Restructuring will not divide Nigeria but will make it into one nation only that it will recognise the powers of the federating units and treat them accordingly. The Federating units can only be the three Regions of the tripod and does not include Midwest not to talk of South -South or South East and the rest. All those military creations will be nullified when we understand that there is only one structure that bears the name Nigeria and only one decision we have made collectively since independence and that is to build the Nigerian nation and nothing supersedes or can supersede it. It is the spiritual foundation on which Nigeria stands and cannot be changed without changing the name Nigeria. So we have no choice but to go back or we shall be forced back by natural law which we have set into motion by our independence declaration. Our political capital in the international community depends on it. Our ability to borrow and trade depends on this declaration and so is the name Nigeria. Anything that goes contrary to it will destroy itself eventually and cannot stand for long. So your South -East and South -South cannot stand because they can never be federating units under the name Nigeria. Even the States cannot be federating units. The only way to restructure is to go back to implement Nigeria's only collective decision not those decided by its parts or decided by the gun or by money as you can see in these military and pseudo- military efforts of the years after independence. The longer we put off return to the only viable structure as bases even for States creation,the more catastrophic will be the natural rebound in returning the country to its normal circle. So I'm saying that the best way to cushion the inevitable return of this pendulum is to return it consciously and peacefully as soon as we understand it. The new Nigeria will be made up of three Regions governed under parliamentary system. All the States will be subsumed under these Regions just as provinces. The Regional Assemblies will be the federating units as earlier decided and no change will be entertained on this structure. The States will have its fiscal and monetary policies from the Regional Assemblies and 50 % derivation. Any State that falls outside the old Regions will have to its boundaries redrawn or it will cede the part outside to the adjourning Region. The Regions have powers to make laws and enforce them and may have Regional police. Each region decides whether to allow state police or not but controllable by the region. Each state pays taxes to the Region while the Regions pay to the Federal Government operating with reduced exclusive list.

This is the only legally binding restructuring that can be effected on Nigeria. To get the legal backing for this is to evoke and restore those parts of the 1963 constitution suspended by the military on its intervention in 1966. The military can only restore power to civilians by undoing this singular act of 1966 which brought Nigeria temporarily into unitary governance thereby negating the Federal principle. So all the so call return of power to civilians that happened in 1979 and 1999 are null and void in law. Later day laws can only stand when the military restores the suspended parts of the 1963 constitution and when that is done we can look at the legislations since 1963 to throw off any that negated the original structure itself such as the creation of Mid West. Such a creation is in itself null and void because it was a structural transformation that negated the structure and name Nigeria. That is why people are canversing for a return to the 1963 constitution which is the structure of Nigeria as a nation . This is the only way we can avoid all the consequences of sticking to decisions of power usurpers and unqualified emergency leaders which has only complicated the problem of Nigeria by acting ultra vires through the years and only piling misery for their countrymen. All the national Assembly needs to do is to decide that military intervention or the civil war has ended. With this declaration,automatically the 1963 constitution comes back into effect nation wide. This is because there cannot be a vacuum. After the military coup was foiled,the military command led by Late Gen Aguiyi Ironsi summoned the remnant of the Nigerian Parliament to ask officially that he be empowered temporarily to restore law and order in the country. He was handed power with a promise to restore power after he had restored law and order. This was the beginning of military engagement and must also be the only way for them to disengage. After obtaining power, he suspended some parts of the constitution but not all. He did not suspend regionalism or Federalism. He appointed military governors who tried to respect true Federalism in their actions. He then ruled by decrees and sought to introduce unitary government which resistance led directly to the counter coup against him and finally to the civil war. To fight which and restore one Nigeria led to Gen. Gowon suspension of Regionalism and creation of 12 States. So one engagement led to another and so to disengage the same process must be followed because emergency powers or rule are temporary and cannot become permanent legislation after the expiry of the given conditions that brought them into play. So if military rule has ended or if indeed “law and order” has been restored or separatism has been quelled,then automatically the 1963 constitution comes into force and our lawyers will now only begin to work out its implication.

2. QUESTION: The three regions will be a hard sell

Don't you think so,?
Do you see South South agreeing to go together with South East?

From my point of view I see absolutely no advantage for South East in it.

In any case,Nigeria trijed it in the first republic and it only led to a terrible civil war

ANSWER: It didn't lead to a terrible war. What led to the war as I said was the tampering of a structure that must not be changed. In America you do not change the pillars of their independence. Liberty,freedom,democracy. What brought together Nigeria as a nation was the structure which allowed the regions to develop separately while combining at the centre. It was tested by the British for 50 years before independence. If Midwest was not created,the north would not have feared domination by the South just one year into independence thereby throwing up separatist sentiments leading to western political crisis and the coup then the war. Had the structure been understood and tried for some time integration of Nigerians would have taken root to prevent people returning to their tribe for identity. When the nation collapsed by tampering with the tripod in 1964, tribal loyalty which was subdued by higher national consciousness took over. The tripod was never tried but changed because our politicians did not understand it. It is different today because we have experienced otherwise. The new Nigeria movement is a reality and the new generation want it to work.

OSINBAJO AND THE QUAGMIRE OF POWER STRUGGLE

‘The educator must be educated’

74 thoughts on “Question And Answer On Restructuring Nigeria”