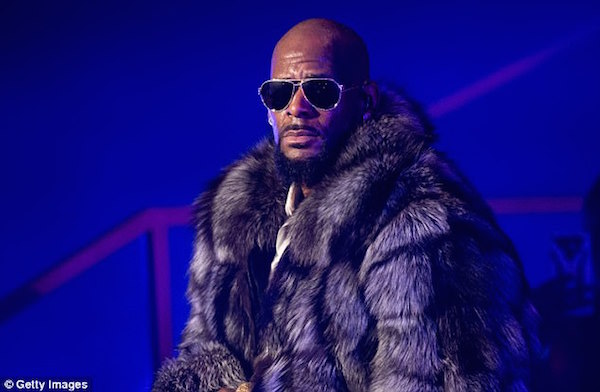 R&B star R. Kelly has been accused of keeping a number of women in homes in Chicago and Atlanta as members of a sex-obsessed, abusive cult.

The extensive piece from Buzzfeed News, written by Jim DeRogatis, quotes distressed parents who have expressed concern about their daughters relationship with the Chicago native.

DeRogatis also speaks with three former employees of Kelly, who corroborate the parents concerns that Kelly houses, and abuses the lives of, six women living in Chicago and Atlanta.

Parents J. and Tim explain to DeRogatis that after previously meeting with the 50-year-old singer under the guise of music industry mentorship, R. Kelly flew their 19-year-old daughter out to a show in 2015. Since then, J. and Tim have only heard from her twice and the parents have been fighting for her return since they last saw her in 2016. Two other parents featured in the report make similar claims.

In the chilling report, three folks within Kelly’s circle—Cheryl Mack, Kitti Jones, and Asante McGee—explain that the singer dictates every aspect of the girls lives: “what they eat, how they dress, when they bathe, when they sleep, and how they engage in sexual encounters that he records” and if rules are broken, they are punished verbally and sexually.

The women are not technically considered missing persons because of age of consent laws.

Though this story is new, DeRogatis has been reporting on Kelly for the better part of two decades. He most famously reported about sexual assault accusations and lawsuits filed against Kelly for The Chicago Reader—and turned over a 30 minute video anonymously left in his mailbox that later resulted in Kelly being charged with creating child pornography in 2013.

The recent revelations have caused “R. Kelly” to trend on Twitter. Many people have spent the morning expressing their disgust and concern, while also referring to DeRogatis previous work to expose the nefarious side of the singer.

11 thoughts on “R. Kelly allegedly keeps 6 women in a ‘sex-obsessed cult’ where he bans them from contacting the outside world”