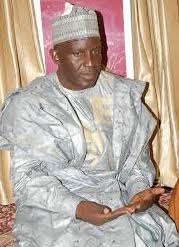 Member House of Representatives -Elect on the platform of the ruling All Progressive Congress (APC) for Magumeri, Kaga and Gubio Federal Constituency, Borno State, Hon. Usman Zannah yesterday distributed bags of rice, sugar and other assorted relief items worth millions of naira as part of Ramadan gifts/spirit to the good people of his constituency.

Presenting the items for onward distribution to thousands of families/Household, Zannah emphasized that it’s his tradition for the past years to assist his people of need irrespective of where they come from during Ramadan and other festivity period, adding that, this time, he has to give much more priority to people of his constituents who gave him the mandate to represent them as a member at the green chamber.

He said the entire month of Ramadan in essence, is a celebration of the Quran’s revelation, which is described as a “Guide and Mercy for those who do good.” (31:3 Holy Quran).

In an interview with newsmen, Zannah said, “although, I am yet to be inaugurated as Member House of Representatives at the Green Chamber, I find it worthy to assist people of my constituency with food stuff, Cash and clothings to complement the Ramadan Iftar.

” My people have been very good to me, that is why they came out enmasse and voted for me in the February 2019 general elections, therefore what ever assistance I rendered is not worth of the mandate and trust they bestowed on me to represent them.

“This is not the first time I have been assisting my people especially those in distress, this time around as usual, I decided to give them bags of rice, sugar, clothing materials and even cash to cushion their hardship, especially those at the grassroots.” Zannah said.

He however appealed to people of the constituents to exercise patience and pray for him while representing them to ensure that most of the issues related to education, agricultural schemes, poverty alleviation, job creation and infrastructural development such as roads, portable drinking water and electricity supply and adequate security of lives and property became visible under his watch across major towns and communities of Kaga, Magumeri and Gubio Local Government Areas.

Zannah further thanked Governor Kashim Shettima for prompt release of funds used for electrification and step down transformers from newly energized 33 KVA line that passes through major towns of Mainok, Benisheikh, Ngamdu and other communities of his constituency that were cut off from the national Grid in the last 10 years due to destructions caused by insurgents.

The APC state party chairman, Hon Ali Bukar Dalori, ably represented by Alhaji kalla Monguno, who is the Deputy chairman expressed gratitude to the member elect for considering the party machinery across the three Local Government Areas of his constituency at all time of needs.

INEC To Commence CVR Ahead Of 2019