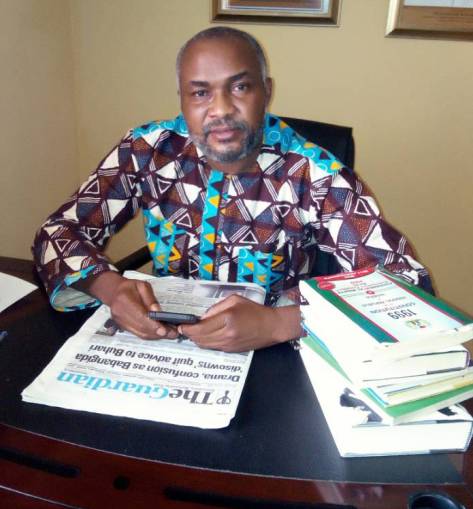 There is no gainsaying the fact that in much of human society wealth when accumulated may evaporate if the holder does not anchor himself or herself properly in the good books of the political forces that runs such a political entity. The above is true of most nations in the developing World. But it is also said that the best way for an investor to grow the brand and remain free from political interferences is for such an investor to navigate his business away from partisan politics. The American President Mr Donald Trump came into office as a billionaire and as an outsider in his political party known as the Republicans. Trump defeated the party in office even when the establishments and forces controlling his party isolated themselves from his Presidential ticket and the campaign that heralded his emergence as the 45th President since United States emerged on the World stage as an independent political entity. He however won the Presidential election and got sworn in. The first major battle Trump faced was how to divorce private wealth that he has in super abundance from his newly won political power. Trump successfully divested himself from the daily control of his businesses and handed them over to some of his children to run it as a blind trust for him. Same coincidence of wealth cohabiting with political power has just happened in South Africa with the emergence of the billionaire businessman Mr Cyril Ramaphosa as successor to Jacob Zuma who was forced out of office by his party.

The man who has just been elected and inaugurated as the new president of South Africa (February 14, 2018) by ruling party politicians after the resignation of Jacob Zuma, is best known in the global business community as a very successful capitalist even though his early beginnings could be linked to unionism and activism- a passionate vocation that is intrinsically unrelated to Worldly wealth.

Ramaphosa is both a successful man both on the inside and on the outside because he is happily married to Dr Tshepo Motsepe and they have four children.

Ramaphosa himself is regarded as one of the most important leaders in the ANC. His election to the position of secretary general at the ANC Conference in June 1991 is proof of the faith members have in him.

Writers of his official biography have rated him as a widely respected man in the sense that as a skillful and formidable negotiator and strategist, Ramaphosa is best known for the role he played in building the biggest and most powerful trade union in South Africa, the National Union of Mineworkers (NUM). He came from a very humble and humbling background by virtue of his birth place which is regarded in some quarters as a ghetto.

Mr. Ramaphosa was born in Soweto on 17 November 1952. After completing matric, he registered at the University of the North to study law in 1972. While at university Ramaphosa joined the South African Students Organization (SASO), and the Black Peoples’ Convention (BPC).

Political historians recalled that In 1974 Ramaphosa was detained and held in solitary confinement for 11 months for his role in the organization of pro-Frelimo rallies. In 1976 he was detained for a second time, and held for six months. During this time he began to question his role in the BPC, deciding that the “ideology of black consciousness had come full circle; it could take us no further”.

Undeterred by his constant brushes with the post-apartheid regime, he successfully pursued a law programme to a logical conclusion just as after completing his law studies in 1981, Ramaphosa joined the Council of Unions of South Africa (CUSA) as a legal advisor. In 1982 CUSA advised Ramaphosa to start a union for mine workers.

“The union that was to become “a thorn in the flesh of mine bosses” had very humble beginnings. There were no funds to run the union and recruiting was difficult as mine bosses would not allow meetings to take place on mine premises. Ramaphosa, clad in a black leather jacket, would move around the goldfields at weekends, recruiting mine workers.”

History has it that the union of mine workers he set up was launched in 1982, and Ramaphosa was elected to the position of general secretary, a position he held until he resigned from the union in 1991 (following his election to SG of the ANC). Before stepping up to embrace the national political stage as a member of the inner hierarchy of the black African popular political party- ANC, Ramaphosa erected formidable backbones and pillars that stood the test of time in such a way that the National Mine workers Union he nurtured from infancy attained phenomenal height in less than a decade.

This is how one historian observed his phenomenal building of a strong trade union: “In one decade, immeasurable improvements were made in the living conditions and working standards of the country’s largest work force. The union grew from a membership of 6,000 in 1982 to 300,000 in 1992, giving it control of nearly half of the total black work force in the mining industry. In 1985 NUM left CUSA and helped in the formation of the Congress of South African Trade Unions (COSATU). When COSATU joined forces with UDF against the Botha regime, Ramaphosa played a central role, leading him into the arena of the Mass Democratic Movement (MDM). When Mandela was released Ramaphosa was on the National Reception Committee.”

He, Ramaphosa reportedly played a strategic role in negotiations with the then dying and fast fading Apartheid South African regime to bring about a peaceful end to apartheid and steer the country towards its first democratic elections in April 1994.

Ramaphosa as i stated earlier has had a fantastic rise from grass to grace and is one of the very few global elite that has transited from from socialism to capitalism.

Cyril Ramaphosa is regarded and rightly so as one of the wealthiest black South Africans. But his sources of wealth, legitimate as they are, still faces credibility crisis to such an extent that most observers wonder why only very few black political elites rode on the back of their hold on the African national congress to become rich and powerful even when millions of black South Africans are poor.

If indeed the African National Congress deliberately introduced an economic empowerment policy to jump start millions of impoverished black South Africans to become self-reliant and happy, how come that only a handful of black people are truly successful?

This is the basic question that as a distant observer, yours faithfully think the newly crowned South African President should quickly respond to.

A rapid response to the question of existing income inequity and inequality of opportunity amongst South Africans is strategic so as to put an end to the incessant xenophobic attacks that foreigners especially African nationals living inside South Africa are facing.

In the past ten years, there have been over two dozen of such violent confrontations targeting Africans who reside inside South Africa because the impoverished indigenous blacks have the mindset that outsiders from the rest of the African continent have all moved into South Africa to take over their jobs.

Therefore, creating the friendly environment inside of South Africa for equitable wealth redistribution amongst the citizenry and especially the blacks who have been left behind the economic ladder of prosperity, has become a national security duty and a binding obligation for the new South African wealthy president.

Cyril Ramaphosa should quickly settle down to work and analytically look at how to best refocus the economic and educational sectors to rapidly deliver qualitative education and entrepreneurial skills to millions of black South Africans. Nelson Mandela who was the first post Apartheid President of South Africa seems to have seen today far back then when he singled out the qualitative educational empowerment of black South Africans as that strategy that can jumpstart them to become economically well to do. Mandella said rightly that: “education is the most powerful weapon which you can use to change the World”. Marcos T. Cicero had earlier reasoned that: “What greater or better gift can we offer the republic than to teach and instruct our youth”. The new South African political power base headed by the successful businessman and lawyer should design an effective educational empowerment programme for the pragmatic benefits of the majority of the population. The other day, Black students in the South African university system protested over excessive tuition fees. Qualitatively affordable education made up of a high concentration of entrepreneurialism in the curricula with strategic financing options created for applicants looking for start ups must be put in place by Ramaphosa.

The new President of South Africa should and must of necessity address the income gaps that afflicts the general black populations because it is unjust to see a community of people whose clear majority are afflicted by existential misery, pains and tormenting poverty whilst a tiny minority of the elite and the other tiny minority of the population are clearly seen to be doing well.

Wealth, income and opportunity must be created for the greater majority of South Africans. This is a must do task for the wealthy man who has just added political power to his illustrous collection of existential trophies- Cyril Ramaphosa.

Sam Van Coller has also written to support the call for the resolution of South Africaa��s inequality headache to be accorded a priority attention by President Cyril Ramaphosa in addition to the internal task of sanitising the ruling party of corruption and abuse of power that marred the Jacob Zuma’s years whereby he used his Presidential priviledges to capture the state to a criminal extent that an unelected cabal was dictating who gets what appointments in the ANC led national government.

In sum, the bulk of black South Africans must be made to participate in a growing free enterprise economy, Coller argued. He also asked for the redress of existing inequality of economic opportunity.

Just before he assumed office the foreign policy magazine hd carried an article in which the sins of Jacob Zuma were listed out even as he was asked to redress them.

The writer of this article in the foreign policy magazine stated that: a�?Meanwhile, the trade unionists and communists a�� who are in an alliance with the ANC a�� are massively disappointed with President Zuma”.

“He did not make good on his promise of a pro-poor agenda and instead became a looter-in-chief who was used and abused, with his knowledge and consent, by nefarious parasites within and outside the government”.

In the thinking of this analyst, the political left therefore cautiously supported Ramaphosa, but their backing was not unequivocal or open-ended.

“In fact, the South African Communist Party has, for the first time, contested a by-election, rehearsing for participation in the 2019 elections independently of the ANC. This means that Ramaphosa may lead an ANC that has been divorced from the SACP, which has historically been an integral part of the movement.a�?

a�?For all these reasons, Ramaphosa might be wishing that he had been successfully anointed as party leader by Nelson Mandela 18 years ago rather than winning leadership of the ANC today. Back then, he would have inherited an idealistic young democracy mostly untainted by corruption. Now, he will finally lead this once glorious liberation movement, but that victory may yet be pyrrhic.a�?

Expectations are mounting that he will deliver some quick fix measures to address the disparity in incomes amongst South Africans. He has mo time at all to pursue frivolities. He must equally divest himself of the control of his chain of successful businesses and concentrate on ensuring equitable income and wealth redistribution amongst his people if he ever hopes to win the next year’s general election and refocus the ANC to once more become the party in the hearts of majority of black South Africans.

*Emmanuel Onwubiko is the Head of the Human Rights Writers Association of Nigeria (HURIWA) and [email protected] www.emmanuelonwubiko.com; www.huriwanigeria.com, www.huriwa.blogspot.com.