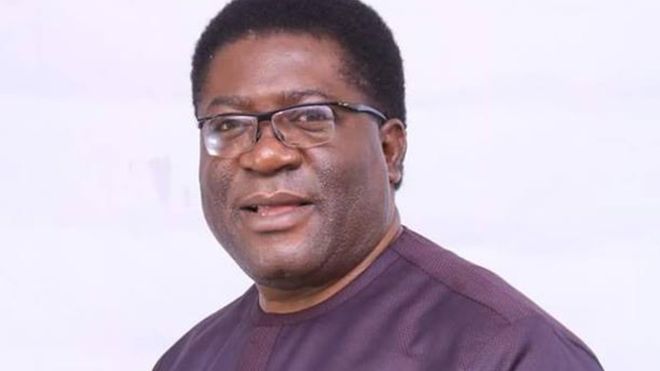 The Chieftain of All Progressives Congress, Chief Val Okere popularly (amadioha Ngor-Okpala), has called on Ihedioha to give some credits to his predecessors, particularly the immediate Deputy Governor of Imo State, Prince Eze Madumere, for his efforts to ensure that Imo State benefits from Rural Access and Mobility Project (RAMP).

Okere was reacting to some media reports where Governor some aides of Governor Emeka Ihedioha were presented as those who saw to the attraction of RAMP.

“I am surprised at the behaviours of a few members of the Peoples Democratic Party (PDP). Agreed that government all over the world is a continuum. Leaders come and go but they are only remembered by their legacies. It is also self-deluding for anyone to believe he can remain in power for eternity. Give Madumere some credits because it was his initiative to pursue these World Bank Assisted Projects to a logical conclusion. The former governor, Chief Ethelbert Okorocha never believed in it until the result came. It is on record that Imo totally lost RAMP. It took Madumere’s effort to approach and convinced French Development Agency to consider the state. It was a celebrated case. He did all these without common allowances.

“I can remember vividly how the then governor Ikedi Ohakim had tried to win this project to the state but he could not pull it through. We were very down cast due this failure. Madumere saw the benefits, he took the initiative to pursue the project to a logical conclusion. It is only courteous that Prince Madumere be given some recognition because this can be said to be one of his legacies as a deputy governor of the state.”

He further stated that all efforts Okorocha made to have access to RAMP fund was thwarted by Madumere. “We were all in this state when Okorocha said he had flagged-off RAMP but he was technically put out the N13 billion fund so as to ensure that no stories were told.”

He therefore advised leaders to learn to commend their predecessors in any area they did well and should not because of party politics destroy expected courtesies for those who meant well.

Meanwhile, Okere observed that Ihedioha may not have known about the overzealous attitude of his aides but he expressed surprise that somebody like the deputy speaker, Imo State House of assembly, Hon. Okey Onyekanma who is from Mbaitoli should throw caution to the wind. “His aides were praising him to the high heavens as though he knew anything about RAMP and the price that was paid to have Imo benefits”.

“The roads being flagged-off had already been designed, mapped out and captured. And we all knew that Madumere took up World Bank Assisted projects and he did wonderfully well. I was happy when Governor Ihedioha also followed up by paying the needed N500 million for NEWMAP. People applauded but it does not mean somebody has not ploughed to attract it to the state.

I must advise Ihedioha never to give room to sycophancy and too much praised singing“; he advised.

Why Najeem Salaam Is A Candidate To Beat?