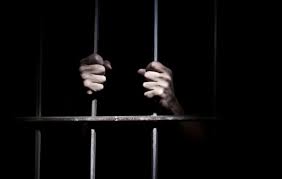 Many Caribbean and African countries are going into agreement with developed countries to repatriate prisoners back to their countries. Countries or prisoners are either given lump sum of money or promised new prisons in their home countries. Some countries have signed on while other countries bark at the offer. The countries that barked at the offer see it as another form of slavery in disguise. Whatever we think is slavery, we must ponder and look at some points.

Most of these criminals were youths, good people and law abiding folks before they left home. They were corrupted because they suddenly found themselves at the bottom of the ladder in the countries of their dreams. In other to survive, they did all kinds of odd jobs including some in criminal activities that landed many of those in jail. Some took to prostitution, drug peddling, forgery and those activities they would never have tried within their communities back home.

African countries are not that bad but we have to taste life outside for some of us to appreciate some opportunities we could have taken at home. By the stories we hear, one would think there are no trying and debilitating times for some of those poor struggling in rich countries. There were many examples of suffering without smiling that are hidden from us but we say better there than here at home where everyone knows you. This writer carried phone books for delivery on his head and shoulder in a foreign country but would never have done it at home!

Of course some Caribbean countries refused to take prisoners back as they have enough hard time dealing with criminals at home. In order to sweeten the deal, these developed countries have tied it to more a�?foreign aidsa�?, bear the cost and expenses of building local prisons. The offers have been taken by a few African countries, they are just waiting for implementation. We may be surprised to wake up one day and find out some prisoners were secretly returned.

We know animals would swallow any money given. There is nothing more toxic to a developing country than some a�?exalted hard core criminalsa�? they have no idea how to handle. Many of us were surprised that, just as toxic criminals, toxic waste we have no expertise to neutralize were dumped in African countries. Well, this are humans and they are still alive and well. If anyone can deal with them, it should be the countries that were well endowed with resources to do so.

Recently, Israel followed the pattern of other countries by offering illegal aliens that considered themselves Jews by right, money to go back to their countries. Many refused the money stating that they would rather stay in Israeli jails than go back home. They claim that the situation in Israeli prisons would be far better than the civil wars going on in their countries. Others claimed their countries were no better than those already described by another President as sh.tholes.

We are even hearing some suggestions regarding the return of the Europeans as colonialists since Africans politicians have proved that they cannot govern a single African country with any reasonable expectation of success. As distressing as this may sound, those suffering and others that have been marginally effective in saving good money; use it to pay fraudsters to ship them to any country of their dream. So too are professionals leaving if opening present itself.

What is ironic about this is that we comfort ourselves by claiming Africans are one of the most educated and successful ethnic groups in Europe and America. We brag about many physicians, engineers and professors in percentage than citizens of those countries. What they fail to tell us are the numbers of professionals that could have challenged their local oppressors but would rather waste their locally developed talents in these developed countries, stuck with odd jobs.

Others work so many hours, they hardly have enough time for their children and wives. By the time they finish their professional jobs in the day, they run to other jobs at night to pay bills and other expenses for the luxuries they hardly enjoy. They mortgage nice homes, cars and the kids go to private schools while sending money to extended families at home. We hear about those that succeeded but not about those that slumped dead in the process.

They might as well die trying than live and strife for success at home!There is more to making money to live a stressful life at home or abroad. Nobody wants to make the money that would be consumed by weakened immune system subjected to opportunistic diseases. The purpose of making money is to take care of number one in order to take care of others. It is a vicious circle, money is worthless in the face of body ravaged by depression suffered at the bottom. It might take a while to register in our youths but we cannot wish it lasts into our older years.

It is one thing to use extreme analogies of rather dying across the deserts and drowning in the sea than stay hungry in African countries. But preferring to live in prisons abroad including Israel say more about those exporting Euro orU.S dollars out of Africa. Dollars, pounds and currencies of other countries are earned in African countries with blood and sweat of miners, farm workers and poor folks working from morning until dusk or professional on double shifts.

Those that claim that Africans are lazy have never witnessed majority of Africans at work, they ignore young men, women and in many cases children hawking on the street throughout day and night wondering when they go to sleep or wake up. The survey of happiness are being used in different ways, even misinterpreted as suffering and smiling. It was a comparative survey and in no way reflect relative happiness in Africa.

Nevertheless, the top 10 Happiest Countries In Africa according to UN Happiness Report are: 1. Mauritius 2. Libya 3. Algeria 4. Morocco 5. Nigeria 6. Somalia 7. Cameroon 8. Gabon 9. South Africa and 10. Ivory Coast. No matter how they justify their indicators, it shows that happiness is comparative. Africans are optimistic. A marginal living in Europe and Americas is a luxurious form of living in Africa if you can afford food, your own water and electricity by generator.

Are we taken for granted suffering and smiling in our misery perpetrated on us by our leaders in collaboration with their enablers where they save and spend our foreign currencies? Most folks have actually given up and would rather spend time making sure they and their family are not victims of poverty ever again. There is no other place poor people are disrespected as in Africa.

The Politics Of Providence In Imo State

Restructuring: Agenda for the next National Assembly!