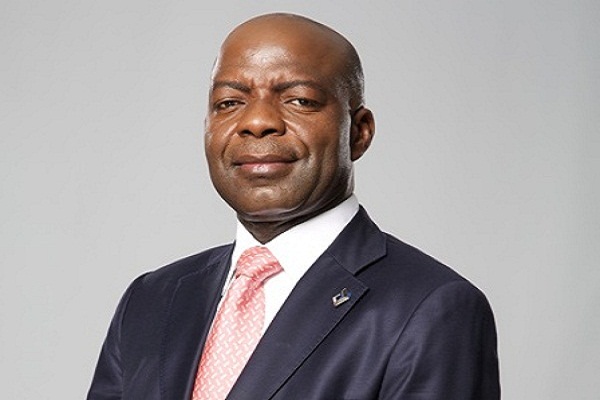 It was with my sincerest sympathies and pity for APGA’s Alex Otti that I read his infantile tirade against the governor, the government and the good people of Abia State, which he disguised as a speech of intent for his 2019 governorship ambition in Abia State, as published in ThisDay newspaper.

Reading through the speech, one can only but express condolences to a man who has become so obsessed and desperate to rule Abia State not as a leader but an emperor to the extent that he embarked on a journey of political hara-kiri in that speech, a speech that further exposes him as just another greedy, self-seeking and self-serving politician who has probably gone broke after fittingly losing the 2015 governorship election to the incumbent, Dr Okezie Victor Ikpeazu, and is circling around the political field of Abia, hoodwinking innocent people into drinking from his shiny chalice of wine laced with deadly venom in order to rehabilitate himself at the expense of the people.

It is very easy to see through that speech that Alex Otti cannot be trusted with our commonwealth as it is obvious that he would seek out his comfort and that of his family and cronies first before even thinking of attending to the people’s needs. This is so because in that speech, the very first thing Alex Otti mentioned as the project he would embark upon as a matter of priority is the urgent completion of a government house for himself. According to him, “What does it take to build a befitting structure for the leadership of the State?” Did you hear that? Not a befitting structure for the people but one for the leadership which he hopes in vain to head!

How, in the midst of the many competing needs of the people, did Otti think that building a government house for himself and his family should be his priority project if he gets anywhere near power? How could he be thinking of just himself, yet, he claims to love the people and want to work for their good and wellbeing? Does Otti know the overall cost of a new government house at this critical time of national economic hardship? For Otti to have talked about building a new government house as part of his promise to the people even before he talked about such critical issues and infrastructure as roads, education, health, employment, factors that impact directly on the people, shows that Otti’s attraction to governance is to build himself a palace so intimidating with Abia State funds that the people would no longer be able to reach him if he gets there. It also shows that Otti is in desperate need of a place where he will spend four years on blissful vacation in the name of being a governor at the expense of the good of Abia.

While a government house is desirable, it should not form the priority of any governor as long as there is an alternative that can serve the same purpose in the meantime especially considering the dire economic situation in the whole nation today. This is where Dr Okezie Ikpeazu is different from the likes of Otti. Government house is neither a monument nor is it a tourist destination. It yields no revenue for the state; rather it gulps much of the state funds in terms of maintenance and further depletes the little resources available to serve the people. Its time would come but it certainly is not now!

When God wants to expose the wicked intentions of a man, he makes him say things that he ought not to say and exposes such a man for who he truly is. That is why our Lord would always tell the Pharisees and the Scribes, “You have said so”. In another verse, the Bible says, “Out of the abundance of his heart, his mouth speaketh” (Luke6:45). Abians, therefore, have to distance themselves from people like Otti especially now that he has exposed his true intent through divine intervention. There is no other way God helps a people other than this.

If Dr Okezie Ikpeazu had wanted to be selfish, nothing would have stopped him from completing the new government house with the scarce resources available to the state and operate from there. Who does not like comfort? But that is not his priority for now! How could he be thinking of a new government house that cost multiple billions of naira to complete when our roads, education, health and other critical sectors of our economy are constantly in need of attention? That decision to put the people first has paid off as Dr Ikpeazu has already constructed and delivered over 67 verifiable roads of high quality and international standards (mostly with street lights and functional drainage systems) and 82 others at different advanced levels of completion across the state, within just 36 months of his being in office. This directly impacts on the people and the state. And that is where the sacrificial leadership of Ikpeazu stands him out from the likes of Otti.

His well thought-out deliberate policies and investment on education has seen Abia students come first in WASC for three years back to back. As if to confirm that Ikpeazu has perpetually condemned other states to only follow Abia behind in education, the recently released WAEC results for 2018 still shows Abia State maintaining its first position, effectively making it the fourth time in a row since Ikpeazu assumed office. Getting to the top might be easy but maintaining it among other competing and even richer states for four straight years is certainly not a mean feat. While Otti is making desperate promises on education, Ikpeazu is already delivering the goods. Abia is a state of wise people. They surely won’t leave certainty for uncertainty!

Except the negligible few like Otti who in an attempt to trivialize great feats in the name of politics, Abians know Dr Okezie Ikpeazu has invested so much time and resources to attract both foreign direct and local investments into Abia State. Soon and very soon, Golden Guinea Breweries Ltd that went moribund as a result of fire incident that grounded its operations 15 years ago would soon recommence production with its attendant positive effect on the state’s economy and the numerous employment opportunities it will create for Abians.

The new investor in Golden Guinea ran into trouble because of rising cost of FOREX needed to purchase relevant equipment for the brewery. Business Post described the situation thus: “The company needed more funds to complete its retooling works and because of its existing debt exposures, lenders were wary. Events ground to a halt.

“Thus was the state of affairs until the Governor of Abia State, Dr Okezie Ikpeazu decided to lead a drive to resuscitate all moribund industries in Abia State irrespective of ownership…

“Leveraging on the solid relationship he had built with the Federal Government, Dr Ikpeazu took Mr Okay Nzenwa (the investor) to Vice President Yemi Osinbajo where the promoter of Golden Guinea stated his case and explained how macro-economic policy of the Federal Government affected his investment and has hampered his ability to raise new funds to restart the company.

“The Vice President graciously approved the request of Mr Nzenwa for Federal Government lending institutions to grant him facilities.” ( www.businesspost.ng ).

The narration above is an undisputable proof of Dr Ikpeazu’s commitment and result-oriented drive for attracting investment to Abia State.

The Enyimba Economic City is another result of Dr Okezie Ikpeazu’s audacious drive for foreign direct and local investments to Abia State. The City which is modeled after the economic and tourist city of Dubai spans a humongous 9,800ha of land across three local government areas of Ukwa East, Ukwa West and Ugwunagbo and will make Abia the toast of investors worldwide when it is completed. Already, one of the investors has committed a whopping $1.3bn to the design and other preliminary works of the project. The immediate and future impact of this on Abia cannot be overemphasised. This project as with others embarked upon by the governor will long outlast his tenure in 2023 and outlive him even if he lives for 120 years. While the Ottis are thinking of only themselves and the next election, Dr Okezie Ikpeazu is thinking about the people and the next generation!

It is most unfortunate that Otti in that speech had to ask how many Abians are working in non-governmental establishments as if to say there are no private investments or entrepreneurs in Abia despite the thousands of them working hard daily and employing people at the popular Ariaria market and other places, and Dr Ikpeazu is investing enormous resources to upgrade their skills and machinery up to international standards to improve quality of their products in order for them to compete even more favourably in the international market where the governor has also personally taken their products for marketing to the extent that our security agencies now trust our entrepreneurs to produce their boots and other gears.

It is sad for our state that a man of Otti’s status does not see these hardworking Abians as not working in non-governmental establishments. To Otti, these ones do not count unless one brings in companies from outside who make shoes and other leatherworks, garments, machinery fabrication etc that form the core competence of our people. At this rate, Otti will surely run our local entrepreneurs out of business as his elitist approach to business having come from an elitist banking sector that has been known to hardly support SMEs but kill most of them with crushing interests rates and other illegal deductions.

It is therefore not surprising that having served at the top echelon of the banking sector for so long, Otti cannot boast of even one entrepreneur he empowered through loans from the bank, neither can he boast of attracting any Corporate Social Responsibility project of the banks he served in to Abia State as he did in some other states.

It is shameful that Alex Otti does not have a single job creating investment in Abia State and yet mounted the podium to rant on industrialization. He is yet to pay his first one kobo as Tax or IGR to Abia State.

Such a man who could not assist his people grow in any way when he was the managing director of a foremost bank in the country has nothing to offer the people even if given all the wealth in Nigeria. The Bible admonishes us that a man who cannot be trusted with little cannot also be trusted with much. Abians have to be wary of sweet-tongued men whose speeches are as smooth as an ointment but ultimately devised to deceive.

With Dr Okezie Ikpeazu, Abia is surely on its steady path out of the Red Sea. We may not be at the Promised Land yet but we have a governor who is determined to take us there. We cannot afford to make the mistake of electing people whose greed and drive for self-comfort above the general good of the people will take us back to Egypt just because their Pharaohs have promised them a part of the palace if they can return the people to the era of political brigandage and enslavement.

Reflections with Ubong Usoro: Improving the Welfare of Corps Members

We must fix education to fix Nigeria.

13 thoughts on “Re: Abia State: Enough is Enough”