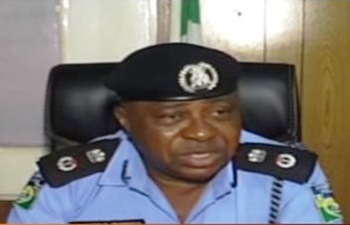 The attention of Borno State Police Command has been drawn to a media report on page 42 of The Nation Newspaper of Thursday, 19th July, 2018 titled “Aspirant Held”.

2. The command wishes to state categorically that while it is true that one Alhaji Grema Terrab has been arrested over his role in the offences of Culpable Homicide, Inciting Disturbances and sundry other offences which occurred at his residence on 15th April, 2018 most of the claims in the report under reference are false in its entirety.

3. It is worthy of note that the said Alhaji Grema on 15th April, 2018 organized a political event at his residential quarters, contrary to security advice by the police. Expectedly, the meeting attracted a large crowd of people. In the course of the event, and right inside his residential premises, one Maina Mustapha Babagana, a 20yr old welder was stabbed to death by persons present at the event.

4. Contrary to reports in the above quoted newspaper, Alhaji Grema Terrab never showed up at the GRA police Station or the Command Headquarter to report the incident. Neither did he honour series of invitations extended to him by the police. Rather he went into hiding. He was accordingly declared wanted after due processes.

5. On getting wind of the heinous crime at the said residence, the police swung into action; mobilized to the scene, evacuated the corpse which was still lying in a pool of his blood in the compound, to Borno State Specialist Hospital mortuary and invited those present at the scene of the crime for questioning.

6. While in police custody on 16th April, 2018, one Saadatu Mohammed Ali who was also at the scene of crime fell ill and was taken to Umaru Shehu Ultramodern Hospital, Maiduguri for treatment. In the course of the treatment, a comprehensive test and an Abdomino-pelvic Scan was conducted on the woman at Jidere Diagnostic and Clinical Services, Maiduguri. The result of the various tests and scans indicated a “Normal-sized Anteverted Empty Uterus” and did not indicate any complication or miscarriage as alleged in the media reports. She was not released on bail by the police as alleged by the newspaper, but charged to court alongside other suspects.

7. On Tuesday, 17th July, 2018, the said Alhaji Grema Terrab was sighted during a political visit of the former Vice President, Alhaji Atiku Abubakar to Maiduguri. He was accordingly arrested by the police to enable him answer to the allegations leveled against him. He has also been charged to court.

8. The Commissioner of Police Borno State, CP Damian Chukwu (myself) wishes to inform members of the public that Borno State Police Command under his leadership is an unbiased and law abiding institution and will continue to discharge its duties according to the dictates of the law. While also urging the general public to ignore false reports aimed at tarnishing the image of the Force, he advises the media to always verify or crosscheck their information before going to press.

7 thoughts on “Re: Aspirant Held”