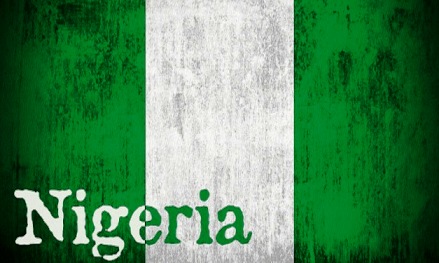 It took Pontius Pilatea��s hand-over of the innocent Son of God, Our Lord Jesus Christ into the malevolent hands of Herod Antipasfor both men to become reconciled. It has taken Nigeriaa��s President Muhammadu Buharia��s forced deportation of separatist leader Julius AyukTabe and his fellowrefuge-seeking Cameroonian separatists into La Republique du Cameroun President Paul Biyaa��s hands for both Presidents to become reconciled.

So much so that Cameroonian troops now stray into Nigeriaa��s territory to a�?advicea�? fleeing Cameroonian refugees (or Ambazonians depending on who you are talking to) to return home. All this with Nigeriaa��s soldiers, globally famous for a�?pythonic dancing,a�? looking askance like hypnotized zombies.

For those who may not know or remember, from the early sixties up till the early eighties, Cameroun hadan ethnic Fulani as President, just as Nigeria does today. He was President Ahmadu Ahidjo.At that time current President Paul Biya was his protA�gA� and deputy. In the eyes of Fulani Expansionists Worldwide Incorporated,within whose ranks Nigeriaa��s President Muhammadu Buhari is an a�?A�minencegrisea�?, Paul Biya committed the mortal sin of betrayal against a Fulani. To Fulani expansionists worldwide, this isthe ultimate treason.

Biyabecame a marked man to Fulani expansionists when he usurped the position of President, afterAhidjowas a�?trickeda�� into stepping aside andsubsequently travelled abroad on medical vacation leaving him in charge.His palace coup consigned the sickly Ahidjo to a lonely death in exile and burial in Dakar, Senegal.

The once grudgeful President Buhari, not one to easily forget the smallest slightagainst Fulani expansionist interests worldwide, is willing to start afresh and a�?re-seta�� his relationship with President Biya. To demonstrate his reformed intentions, Buhari made a grand a�?gesture of peacea�? to Biya by handing over the refuge seeking Cameroonian separatists.

There is nothing wrong or objectionable about forgiving those who might have wronged you or your expansionist ethnic interests in the past.There is something tragically pathetic about being compelled by expectations of future reciprocity to sacrificepeople who are forced by unfortunate political circumstances to seek refuge in your domain while fleeing from your mutuala�?enemiesa�?.To drive home this point, carefully consider the following sketch.

Two couples the Scooches and the Mooches, once lived side by side on a road named Lovelace Close. Neighbors derisively called it Loveless Close because the two couples were always bickering amongst themselves in their respective homes. The two families were neither true friends nor true enemies,only barely tolerating each other. Mrs. Scooch and Mrs. Mooch had the occasional run in about parking space but that was nothing compared to the tempestuous relationship they each had with their respective husbands.

One day, Mr. and Mrs. Mooch had a stormy argument. This was not unusual. The previous night Mr. and Mrs. Scooch had had an eerily similar altercation. Indeed, Mrs. Scooch had called her husband unprintable names and in return Mr. Scooch had given her a hiding. They were still not on speaking terms when the Mooches clashed the following day.

On that day, claiming repeated abuse and neglect, Mrs. Mooch slapped her husband. Mr. Mooch in a fit of anger brought out an antique sword from its scabbard and approached his wife most menacingly. Fearing for her life, with her husband in hot pursuit, Mrs. Mooch escaped and jumped over the common boundary fence into the Scooch compound.

Not willing to take the risk of being shot by Mr. Scooch for trespassing into his territory, Mr. Mooch stood menacingly by his own side of the fence while abusing his terrorized wife who was knocking frantically on the Scooch front door pleading to be let in before night fall. Mr. Scooch finally opened the door, but his intention was not to provide shelter overnight for the distraught Mrs. Mooch.

Without consulting his wife and maliciously calculating that he may one day be on the receiving end of a reciprocal favor from Mr. Mooch, should he find himself in a similar situation vis-A�-vis his wife, he immediately seized Mrs. Mooch by the scruff of the neck. He did not raise an alarm of an unwanted intruderwithin his grounds nor did he hand her over to the Police.

Instead he bundled the unfortunate Mrs. Mooch and threw her back over the fence into the waiting hands of her irate husband who was still armed with a sword,without in the least caring that she might meet an unenviable fate. From that moment onwards, Mr. Scooch and Mr. Mooch who once had a testy relationship became good friends.

No one can predict the way History evolves. But clearly President Buharia��s gesture to Cameroon is anchored on an anticipated reciprocity and precisely the hand-over of non-violent members of the Independent Peoples of Biafra (IPOB) separatist movementshould they stray into that country.

What is indubitable however is that his malicious action has diminished Nigeriaa��s global standing tremendously and brought the entire country into avoidable and unnecessary disrepute.

Impartial observers believe that Nigeriaa��s precipitate and ill-advised action flatly flout the rules of normal civilized conduct and more importantly breach the internationally recognized duty of nation states to afford protection to refugees who are not common criminals but who are fleeing from political persecution or violent conflict in their home countries. The deported Cameroonian separatists easily fall into the first category.

What the Nigerian government ought to have done was to grant the Cameroonian separatists shelter and protection on humanitarian grounds on the strict condition that Nigerian territory shall not be used as a staging ground for destabilizing their home country. In the alternative Nigeria could have granted them safe passage again on humanitarian grounds by handing them over to the International Red Cross and Red Crescent Society with the mandate that the latter help them to secure a third-party country willing to admit and grant them political asylum.

Nigeria as is repeatedly the case under the Buhari Administration did not opt for either of these two enlightened alternatives. Instead it chose the rather primitive, in-humanitarian and maliciously brutal option of deporting the separatist asylum seekers and dropping them into the waiting laps of the Cameroonian authorities.

It is no wonder that IPOBwhich is the ultimate target ofthe Buhari Administrationa��s malice towards the Cameroonian asylum seekers, derisively calls Nigeria a zoo. Unlike IPOB, one may be reluctant to go as far by calling Nigeria a zoo, out of charity and respect for onea��s country.

What cannot be disputed however is that the Buhari Presidency, is acting like a mean-spiritedzookeeper. Only callouszookeepers eager to terrorize lesser animals, throw live goats and sheep into lion enclosures to meet a grizzly and ghastly end. This is exactly what the Buhari Administration has done across international borders with respect to the Cameroonian refuge-seeking separatists.

The Cameroonians against all internationally respected norms of responsible and reasonable conduct by nation-states may have met a brutal fate in the hands of the callous Buhari Presidency of Nigeria. But who knows, what the near future holds?

If the suspected ongoing abuse of office by Buhari acolytes and coattail hangers-on becomes authenticated by hard, demonstrable evidencein the post-Buhari era, the current members of the Buhari court,may well be forced to take flight from Nigeria. During their anticipated flight from justice, they would be well advised in advance to steer clear of Cameroonian territory.

Because with the precedence already set by President Buhari, someday, somehow, Cameroun shall return the favorby deporting and delivering the fleeing Buhari Administration cabal members into the waiting and eager laps of a post-Buhari political administration in Nigeria. Time will tell.

The Sons Of Satan And The Seed Of Beelzebub (part 1)

Terror still knocks on our doors three and half years after

Dear Sultan, it is not Islamic Youth Service Corps

10 thoughts on “Re: Malice Without Borders”