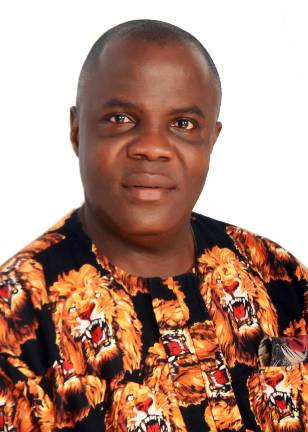 The attention of the Divine Mandate Organisation has been drawn to a referent in the back page of the Whitepaper Newspaper of Monday, April 9 a�� Tuesday, April 10, 2018 where the columnist of X-Ray with Sam Onwuemeodo, named 7 gubernatorial aspirants of APC enclave that attended an alleged meeting, which Ugwumba Uche Nwosu was schemed out, plotting to stop his gubernatorial ambition.

The columnist, Sam Onwuemeodo, on the 12th paragraph of the article wrote that a�?Then, the meeting of the other governorship aspirants of APC enclave without Uche Nwosu, Prince Madumere, Senator Ifeanyi Araraume, Sir Jude Ejiogu, Chief Gbujie, Emma Anozie and so on, were at the meeting. What was the essence of their meeting? How to stop Uche Nwosu. What is the import? Their meeting could only be interpreted to mean weakness. They appear only to be aspiring to stop Uche Nwosu and not to be Imo governor. Otherwise Seven guber aspirants in a party cannot be meeting to talk about how to stop one guy. They should not relent in their individual aspirations until the battle is seen to have been fought and won.a�?

Secondly, going by the names of gubernatorial aspirants listed in the referred Whitepaper edition, in page 3, which is ordered in alphabetical order of surnames, only one aspirant answers ANOZIE (and that is Barr Chima Anozie, Home Base). He has no other name there, and is not known or called EMMA. It is of note that since his baptism almost half a century ago, he was baptised as THOMAS and not EMMANUEL, and does not answer the name for 4 decades now.

Consequently, the name referred to, if it is meant to be Barr Chima Anozie, needs to be corrected, perhaps a typographical error. If it is not, then no gubernatorial aspirant mentioned in the referred page 3 of the said edition of the Whitepaper in which the piece was co-published, has his surname as ANOZIE, and thus the nominal referent is publicly, highly embarrassed. Sequel to this, the publication should be retracted.

Thirdly, having duly consulted the alleged and nominal referent of the Surname, who is the only gubernatorial aspirant so surnamed in the referred page 3, it is doubtful if the columnist made any typographical error on that regard, but intentionally alleges falsely against an innocent fellow. Is it good?

Consequently, the Divine Mandate Organisation, whose Masquerade is the falsely alleged nominal referent, wishes to state clearly to the editors, the publisher and referenced columnist of The Whitepaper, that Barr Chima Anozie (Home Base), was not aware of any such meeting, does not know where, when, time or the agenda of the alleged meeting. It is a well-known truth and proven fact, that since January 2018, Barr Chima Anozie has not met with any guber aspirant for any meeting, except few Sundays ago when the interested APC guber aspirants met, and Uche Nwosu was there, and the willing, made some fund donations for the running of the party.

Ever before then and thereafter, Barr Chima Anozie has not held, attended or been in a meeting of guber aspirants, whether called by Uche Nwosu or Ifeanyi Araraume or any guber hopeful, and has not met with any of the referred attendants face to face, or chatted on social media and GSM links, before and at present. He is simply on his own. He does not work for or against any governorship aspirant in the State, or in conjunction with any godfather or gubernatorial aspirant, and is not in any form of coalition for or against any guber aspirant in the State.

As a result of these, the Divine Mandate Organisation (DMO), reacts because the Surname- Anozie, was mentioned and the DMO has endeavoured to have some cordial communicational clarifications with Sam Onwuemeodo, which he ignored and snubbed. Thus, whether it is Chima or Emma, only one Anozie appears in the referred page 3 of the Whitepaper edition in question, which he is in charge of.

It is thus the intention of the DMO to let Imolites, Imo APC and whoever is the architect of the allegation or news-monger know that for Barr Chima Anozie and his DMO, APC is one. He is running on his own, being not sponsored by anyone or in coalition with anybody, faction or in-group. He is indisposed to any venture that will bring division in Imo APC, and is serious about it, because if the party loses the Imo 2019 election, it will affect all. It is better that your brother in same family-party wins and you lose, than an opposition from another party wins no matter your affinity with such. He does not have any issue or agenda with any guber aspirant, and thus hates sectional politics.

On this note, it is incumbent that the publication in question be retracted if the mentioned Emma Anozie was referring to Chima Anozie (Esq) as a gubernatorial aspirant, and if the Emma Anozie is a new gubernatorial aspirant in Imo APC and different from Chima Anozie (Home Base), let the needful clarifications be made publicly too. Let no onea��s image be tarnished for any reason because of power pursuit, especially falsely, because no one knows at his birth that he will vie for this post today, and none dies and reports to God the content of his CV as Imo Governorship aspirant.

15 thoughts on “Re: Meeting Of 7 Guber Aspirants In Imo State”