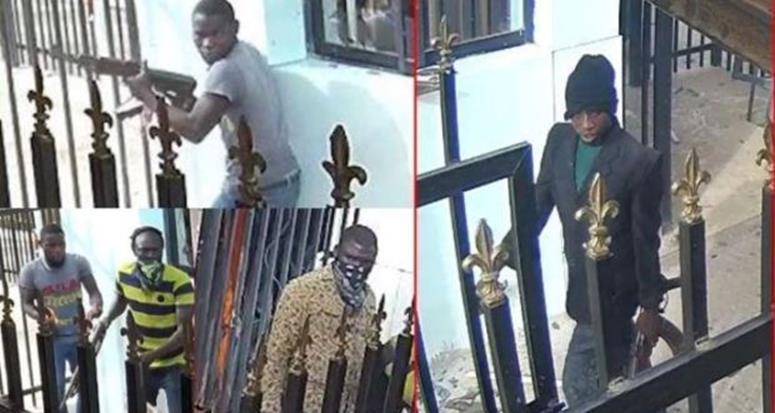 As a Lawyer I Laugh When I saw How the Offa Bank Robbers were trying to deny Their Confessional Statements in Court Today. This is what we see Everyday in Courts. Evans the Kidnap Kingpin and others have tried it Recently.

For all Innocent Nigerians who are not Conversant with the Criminal Justice System In Nigeria, Pls Note that 99 percent Of Armed Robbers and Kidnappers will Never accept their Confessional Statements when in Court or Talk Good Of a Police Officer or Any Person that Arrested them and refused to Compromise.

If Armed robbers, Kidnappers or Murderers are to talk Good Of a Police Officer, Then 1) Don’t Arrest them, 2) Collect Returns from them and Allow them to Operate, 3) When they are Arrested, Collect Bribe and Be releasing them.

It’s Normal in Nigerian Courts for Deadly Criminals to Creat Many false Stories to deny their Confessional Statements no matter the Volume Of Evidence against them just like what Evans tried doing unsuccessfully last year or the Offa Bank Robbers who were clearly captured by the CCTV footages of the banks.

Check all the Police Reports and Press release on the Offa Bank Robbery. The Police has never Said Senator Saraki gave the Robbers the Riffles they used for the Offa Bank Robbery but the Robbers themselves Confessed before the Media and in their statement that they are 1) Political Thugs Of Saraki, 2) That He Gives them Cars, Money etc Including the Lexus jeep they used for the Bank Robbery and 3) they Attended his daughters Wedding and 4) Followed him for the Condolence Visit to the king Of Offa Palace. 5) Neither the robbers nor the Police Press release Ever Mentioned that Senator Saraki Was Aware Of the Bank Robbery or he sent the Robbers to the bank.

If the Police wanted to Force the Armed Robbers to Say Saraki Gave them The Rifles for the Offa Bank Robbery or Implicate him unjustly, Obviously they would have easily done it because the Robbers were Ready to do anything or Say anything at that time in Custody but the Police allowed the Armed robbers to Say the truth Voluntarily. Google and See their Video Confessions.

In the Case Diary Of the Offa Bank Robbery in the High Court, The Autopsy Result From the General Hospital where the Gang-leader Of the second Group Micheal Adikwu (who have no relationship with Any Politician) died, Clearly Shows he died of Natural Sickness (heart Decease), (Anybody Can verify from General Hospital Gwagwalada Records) While the Offa Bank Robbers in Court were alleging the Gang-leader was Killed with Bullets together With Some Fulani kidnappers.

Though the Prosecution Lawyers have immediately faced the Accused Offa Bank robbers in the Court and Punctured all their Unsubstantiated Statements/Allegations but Since the media have carried the Story Only from the Bank Robbers Court Defence Statement Angle and Circulated it, is good for the public to know the Full Story.

When A Medical Tourism Becomes An Albatross.

The peoplea��s revolt in Algeria and Sudan