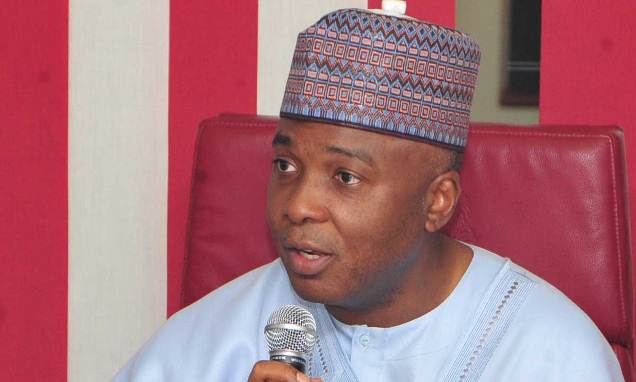 On June 6, 2015, the All Progressive Congress gathered most of its National Assembly legislators together in Abuja, in an attempt to hijack the leadership of the National Assembly in what it termed a ‘mock’ election. Few enlightened, educated and political enthusiastic Nigerians across the land rose up to condemn that crass display of political arrogance influenced by lack of sufficient knowledge of how democracy works by the APC. The APC out of sheer ignorance believed that so far they have the majority of members in the National Assembly, it is their right to determine who gets what in the in-house leadership election of the House. This, is clearly illegal, abhorrent and deplorable.

It is an established fact that we run a constitutional democracy in this country; a democracy founded on the rule of law, guided and overseen by the provisions of the 1999 Constitution which provisions are binding on all persons and authorities irrespective of status which our public office holders have sworn to protect and uphold at all time. Though, it cannot be gainsaid that in recent time, the provisions of the Constitution have been flagrantly disobeyed and violated by those that swore to abide by it and protect it at all time. Recently, there was an insane move by 8 members of Benue State House of Assembly to impeach the Governor because he defected to the opposition party. It is a known fact even to those that initiated the impeachment move that the move is a sheer display of madness which has no support in law.

It is nauseating that the government continually address inconsequentual issues rather than concentrating on governance all in a bid to divert the attention of Nigerians from their failures. No doubt, hopelessness and despair are now on the increase in the country with the people living in abject poverty and lack of basic amenities. Recently, the Chairman of the ruling APC, Adams Oshiomhole and some members of the Senate from the APC wing, most especially Senator Abu Ibrahim have called for the resignation of the President of the Senate, Dr. Abubakar Bukola Saraki for defecting from the ruling party with the Chairman and Abu Ibrahim claiming ownership of the Senate Presidency on the excuse that their party, the APC has a majority in the Senate.

The recent statement credited to both characters is a pointer to the fact that it is either they have not adverted their minds to the provisions of the Nigerian Constitution which is the groundnum on party matters or they are being mischievous all in a bid to stir unnecessary political and constitutional debate in the country in order to divert the attention of Nigerians from the real business of governance as usual. The language of the Constitution is very clear, precise and specific in Section 50(1) (a) wherein it is stated that there shall be “a President and a Deputy President of the Senate, who shall be elected by the MEMBERS of the House from among THEMSELVES.” The same expression is retained in Section 50 (1)(b) as applicable to the House of Representatives, and the emphasis is on the phrase – “from among THEMSELVES.” The Constitution does not say that the Senate President or the Speaker and their Deputies must come from the ruling or majority party, in fact, any of the members of the National Assembly can occupy the mentioned positions once their colleagues choose them “from among THEMSELVES.” As stipulated in the Constitution, the Senate President does not have to resign his Senate Presidency because he has left the APC and the party also cannot order him to resign. This is evidently an in-house issue which should be left to be raised by members of the National Assembly without undue interference by any political party; the members of the Senate can choose to sustain Saraki as the Senate President and they can choose to do otherwise. The Constitution is very clear and it has provide for the right procedures to be taken in executing certain decisions. The only way the Senate President or the Speaker of the House of Representatives can be removed is stated in Section 50 of the Constitution and in the present circumstance, Section 50(2)(c) is of particular interest – it prescribes removal only “by the votes of not less than two-thirds majority of the members of that House”.

The Chairman of the APC and others that are calling for the resignation of the Senate President should endeavour to furnish themselves with the step-by-step procedure to be taken before removing the Senate President because it is obvious that they lack basic knowledge of democratic engagement. The APC as a political party as a matter of urgency need to disregard whatever it is, pushing them to disregard the provisions of the Constitution of this country. Oshiomhole and his cohorts need be reminded that Nigeria is not running a parliamentary system or a Gestapo where the agenda of party supremacy works. The leadership of the APC need be advised to be committed to due process and not to encourage any illegal conduct as is being nursed by some members of the Senate to Nicodemusly remove Bukola Saraki as the Senate President whereas the APC as a political party was a beneficiary of a similar development in 2014 when members of nPDP and APGA defected from their parties to join the APC coalition including the then Speaker of the House of Representatives, Aminu Tambuwal.

Buhari's New Message And Semantics Of Structures And Processes:clarifying The Interdependence

8 thoughts on “Re: Senate Won't Know Peace Unless Saraki Resigns”