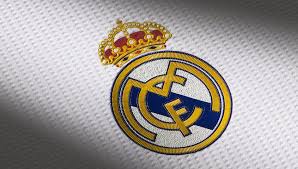 The Governor who dropped the hint in Port Harcourt in an interactive session with Sports Editors noted that the Academy would be completed in six months time.

Governor Wike stressed that the Real Madrid Football Academy would turn around the business of football in Rivers.

He said that the packages that had been provided in the Real Madrid Football Academy project would help in producing  quality international stars from the State.

He stated that the Academy in Etche would also be developed as a sports academy.

The Governor noted that the State Government would collaborate  with a non governmental organisation to build a swimming institute at the Diete Spiff Civic Centre in Port Harcourt.

a�?Sports is a major revenue earner that cannot be disregarded by any government worth its salt. This administration will continue to support sports,a�? he added.

The National President of Sports Writers Association of Nigeria (SWAN), Mr Honour Sirawo lauded Governor Wike for his commitment to the development of Sports.

The President of Nigerian Wrestling Federation, Mr Daniel Igali said  the Rivers State Government is ready for the successful hosting of the African Wrestling Championship in Port Harcourt.[ NAN]