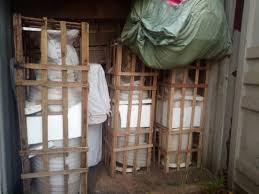 I have read a press release by Chief Rochas Okorocha, captioned ” The invasion & looting of All-IN shop owned by Dr. Mrs Nneoma Nkechi Okorocha by leaders and members of Mr Jasper Ndubuaku led committee on recovery of government property”.

Ordinarily, we would have chosen the part of silence, since an adage goes that silence can be golden and moreso when Imolites have seen with their own eyes how Okorocha looted the treasury and properties of Imo state government which is being recovered by Hon. Jasper Ndubuaku led Committee on Recovery of Government Property.

It is on record that the Jasper Ndubuaku led recovery team made a publication in various media platforms, where he called for the assistance of patriotic Imolites to help the committee locate government properties, known to have been looted by Rochas Okorocha and his family members were been kept, and this is gradually yielding positive results.

It is instructive to note that the committee has recovered, vehicles, soundproof generating sets, chairs, doors, roofing sheets, doors, rugs, kitchen utensils, among other things. This, I believe should have made sobered the ex Governor and his family members.

Imolites are not surprised that looted government properties were discovered at a warehouse known to belong to Nkechi OKOROCHA, wife of the ex governor. The biggest assistance we have received has come from the people.

Suffice to state that the pretentious cries of Chief Okorocha and his children, aimed at whipping up sentiment, has not only failed, but has exposed their hollowness and sheer wickedness, which clearly has confirmed that they took Imolites for a ride for 8years.

We wish to restates, that no amount of blackmail will cow or make the Recovery Committee loose sight of its mandate – to recover moveable assets belonging to the state government .

The committee, in line with the whistleblower policy, has received credible intelligence of the various locations of looted properties and will systematically recover the items soon.

The facts remain that the committee members on their legitimate duty, nothwistanding provocations by Uloma Nwosu, daughter to Chief Okorocha, restrained themselves. So the doctored video which was syndicated by Uloma, to the social media, alleging that she was slapped for which her father is demanding apology is a joke of the century. It is important to also note that the Recovery Team, did not visit the warehouse with a single security agent, but Uloma stormed the warehouse with thugs and security who shot sporadically to scare us from doing our legitimate duty.

Instead, Chief Okorocha and his family members should apologise to Imolites for the primitive manner they plundered the state’s resources for 8years, not done with the looting, they, having lost their ill conceived gubernatorial election, resorted to carting away properties belonging to government.

Maybe we should remind Chief Okorocha, should he not know yet, that Imolites and Nigerians are filled with commendation for the present administration of Rt. Hon. Emeka Ihedioha for his commitment to recovering those properties, no matter where they are hidden.

The Rebuild Imo team will not be discouraged or distracted by the baseless lamentations of Chief Okorocha.

Iheanyi Enwerem
For: Imo State Committee on the Recovery of Movable Assets belonging to the Government

8 thoughts on “Recovery Of The Stolen Government Properties Hidden At The Warehouses Owned By Chief Okorocha And His Family.”