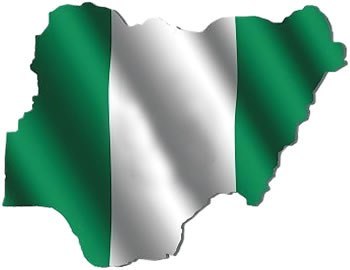 Nigeria suffers from democratic overload. Governance expenses are hugely disproportional to its developmental strides and democracy dividends. This is reflected in the high recurrent expenditure relative to the capital expenditure at the federal, state and local government levels. Since the return to civil rule in 1999, the share of recurrent expenditure in federal budget have hovered slightly above 70 percent and accounted for 78 percentage of 2018 federal revenue. It was not always thus. Nigeria had relatively lean governance structures under first civilian administration in the post-independence era as well as under the military regimes, which were marked by conspicuous absence of bloated parliamentary structures. Whilst military regimes are aberrations and cannot serve as a useful model for assessing governance costs, tackling the problem of high cost of governance requires a deep understanding of its genesis.

The prevailing high cost of governance in Nigeria is attributable to both structural and operational factors. The structural factors include a pervasive mentality of “national cake” sharing; the federalization of several standards, in particular as it relates to payment of wages, salaries and pension entitlements; constitutional principles mandating the application of federal character or ethnic balance; the high level of pensions for some elected officers codified into law; the huge number of institutions provided in the constitution and several national legislations; the inability of most states to meet their recurrent expenditures from internally generated revenue despite federal government bailout; and the bourgeoning cost of campaign financing – a sectoral expense poised to outpace public administrative costs.

There is a myriad of operational factors in the high cost of governance. One such operational factor, especially at the federal level, is the large number of MDAs – ministries, departments, agencies, many with overlapping mandates. Another important operational factor is the huge expenditure arising from the opaque high salaries and benefits for members of the national assembly. Comparatively, Nigeria’s federal legislators earned more than their U.S., U.K., German, South African and Brazilian counterparts, as evidenced in The Economist in July, 2013 review of lawmakers’ pay in 29 countries. Yet another major operational factor is the large size of the federal cabinet coupled with an equally large number of advisers and special assistants at the federal and state levels. In an effort to address this issue at the federal level, the Transitional Committee led by Ahmed Joda, which was appointed by then President-elect Buhari in March 2015, recommended the reduction in the number of federal ministries from twenty-eight to nineteen. But this proposal was not adopted.

Still another operational factor is the significant duplication in the establishment of institutions at the federal and state levels with overlapping functions and with no unique added value at either level. This can be attributed partly to the constitutional design of concurrent list of items shared by the federal and state levels. Then, there is the factor of inflating and splitting of contracts as well as padding budgets as a means to siphon off public resources for private gain. This practice represents huge opportunity cost to the socio-economic development of Nigeria.

It’s no surprise that Nigeria’s “democracy has been described as the most expensive in the world with minimal evidence in terms of infrastructure development, poverty level and pace of general economic growth.” The disconcerting paradox, is that despite the high cost being expended on Nigeria’s governance, she has earned the dubious distinction of being the poverty capital of the world. Indeed, fewer Nigerians are rising above the consumption poverty line, and it’s most unlikely that the newly introduced thirty thousand-naira minimum wage will help in cracking that ceiling. Whereas GDP growth and rising consumption are considered validating corollaries of high cost of governance, experts warn that “making GDP growth and rising consumption the central objective of public policy” amounts to “self-undermining concept of prosperity”.

While the number of members of the national Assembly and States’ Houses of Assembly may not be easily reduced, their salaries and perks can. This requires statesmanship and placing national interest above vested interest personal privilege. Whereas section 147 (3) of the 1999 Constitution provides for appointing a minister from each state of the 36 states, it does not stipulate the number of ministries. The constitution made no distinction between a Minister and Minister of State: an 18-member cabinet can satisfy the constitutional requirement by having a minister and minister of state appointed to each ministry. Significant cost savings can also come from abolishing the non-constitutional post of Chief of Staff in the presidency and the Governors’ office, with consolidation of the functions around the Secretary to the Government of the Federation and Secretary to the State Government. This was the situation that prevailed during the first and second civil administrations as well as in a brief period of the Umaru Yar’Adua administration. The current number of advisers and senior special assistants can also be reduced significantly both at the federal and state levels, with much of their tasks consolidated into relevant line ministries.

Otobo is a Non-Resident Senior Expert at the Global Governance Institute, Brussels.

‘silas Agara’ The Face Of Real Change For Nasarawa State…

How do you stop Nigerian Politicians from being Corrupt?

13 thoughts on “Reducing the Cost of Governance in Nigeria”