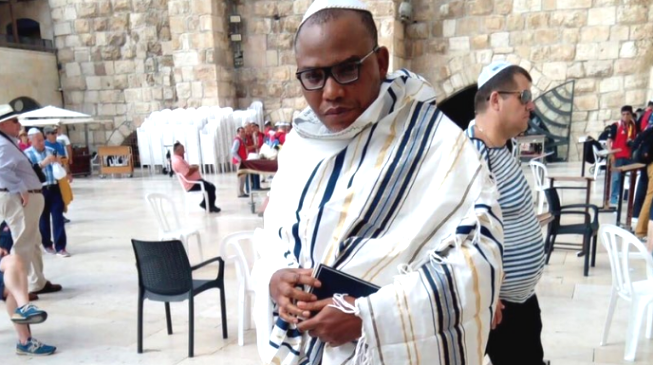 The South East Renewal Group (SERG) has denied berating Nnamdi Kanu, the leader of the proscribed Indigenous People of Biafra (IPOB), over his position on the 2019 general elections, saying that the group neither castigated Igbo leaders nor endorsed statements credited the IPOB leader.

The Convener and National coordinator of the SERG, Chief Willy Ezugwu in a statement issued in Abuja said one Charles Mbani, claiming to be the National President of SERG is not known to the group.

“For avoidance of doubt, the SERG has no such position as “National President” and we have no member by the name Charles Mbani.

“As a group, we have never joined issues with Nnamdi Kanu and the IPOB. The statement credited to the said imaginary Charles Mbani as published some media houses is not from the South East Revival Group and we totally dissociate ourselves from the statement.

“Even though our group will not and can never support any form of lawless behaviour or threat to the peaceful coexistence.

“The issues surrounding the disappearance and alleged reappearance of Nnamdi Kanu are a legal issue, which we have refrained to interfere with. Therefore we never promised to “physically deliver him to the nearest police station for onward transportation to appear in court” if he ever sets foot upon the country” as security agencies in the country knows their job.

“The said Charles Mbani is fake and fictitious. We therefore urge the media to disregard the source of the story as harbinger of fake news”, the SERG advised.

Buhari Government's Torture, Murder of Pro-Biafrans, Too Gruesome for FaceBook

A Tribute To The Warrior