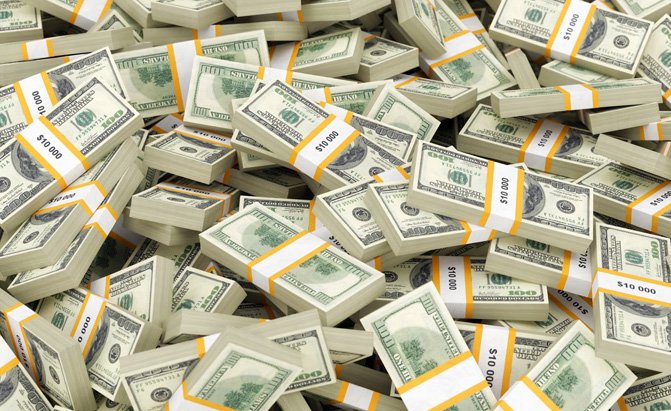 Ita��s no longer news to Nigerians and the rest of the world that the President Muhammadu Buhari-led administration is soiled with tales of scandals, which have discredited the holier-than-thou image of the government. From former President Olusegun Obasanjoa��s bombshell letter to Gen Ibrahim Babangidaa��s controversial release, Fulani herdsmen killings across the nation, the alleged government-planned Dapchi schoolgirls abduction and a�?miraculousa�� release, and the recent vote of no confidence by the business mogul, Bill Gates on the present government, the APC-led administration has been unable to save its image from the dirt in the air.

Shall we talk about the a�?imbalanceda�� published lootersa�� list that has stirred up resentment from every side, or the hanky-panky being played by the federal government on the recovered loots and the $1billion from the Excess Crude Account (ECA)? A media report had stated the EFCC Chairman, Ibrahim Magu, has often given different figures of cash and assets recovered, mostly from public officials, to prove his agency’s unprecedented success in the fight against corruption. In November 2017, Magu had claimed that the agency recovered about N739 billion within two years and in February 2018 he said as much as N500 billion was recovered in 2017 alone. Surprisingly, Kemi Adeosun, the Minister of Finance, said her ministry was only able to account for N91.3 billion recovered loot by the EFCC since May 2015.

While this remains incomprehensible and the subject of a tough debate among stakeholders, we could simply assume that like the a�?mystery snakea�� of JAMB, the a�?eaglea�� of the EFCC has soared away with the looted funds, while Buhari watches with his legs crossed.

Meanwhile, on the controversial release of $1billion from the ECA to purchase security equipment in the effort to fight insurgency and insecurity in the country, the president and his team have not only shown Nigerians their disregard for due process and the established systems, but also their misplaced priorities in addressing the cumbersome and complicated challenges in the country.

While discussions and debates were still on concerning the appropriateness of the decision of the National Economic Council to withdraw the sum from the Excess Crude Account (ECA), which was opened by the Coordinating Minister of the Economy and former Finance Minister, Dr (Mrs) Ngozi Okonjo-Iweala, Minister of Defence Mansur Dan-Ali was over-excited to announce that a�?President Muhammadu Buhari, gave approval for the purchase of more equipment for the military, worth $1 billion.a�?

Obviously, in an attempt to escape the heated reactions from Nigerians and the National Assembly over FGa��s breach of due process, the presidency sprung forward to dissociate itself from Dan-Alia��s announcement, stating that Buhari did not approve $1 billion to Nigerian security agencies for the purchase of equipment without National Assemblya��s authorization.

In a statement the presidency said that a�?in accordance with best practices, Mr. President, having received approval of sum from National Economic Council made up of all the governors, now had a meeting with the Minister of Defence, Service Chiefs and the Inspector-General of Police, among others to collate the need of each of the Services and the money available for appropriation

a�?That Mr. President and the meeting having collated the need of each service and the amount involved may now present same to the Federal Executive Council for detailed consideration, or in exercise of presidential powers may communicate same to the National Assembly for appropriation.a�?

What is conspicuous from the outlined steps is the suspicious move by the executive to prescribe what the ECA funds should be expended on, which contravenes the provisions of the Section 80 (4) of the 1999 Constitution. This states that a�?no moneys shall be withdrawn from the Consolidated Revenue Fund or any other public fund of the Federation, except in the manner prescribed by the National Assembly.a�?

Hence, the question is not whether the ECA funds is being spent on the security apparatus but who has the legitimate right to prescribe what happens to the ECA funds, and whether what is meant to safeguard the oil sector should be diverted to other purposes.

On the Essence of the ECA

The Accountant General of the Federation, AGF, Ahmed Idrisa��s ignorance about the process of withdrawal and expenditure was rather surprising from what he said in December. He had said, a�?There is a process that needs to be followed before money is withdrawn from the account (ECA).a�? He added a�?Ordinarily, savings in the ECA should have been distributed to the three tiers of government, who are the owners of the money. So, if the same owners decide that part of the money be utilised to provide security for life and property in the country or make the system work, I dona��t think there is any issue in that.a�?

a�?The entire Federation have decided. There is an instruction and directive to that effect. There is a consensus; a common position and no dissenting voice, we (FAAC) have no option than to go with the directive as given.a�?

It is unfortunate that the AGF is misinformed about why part of the funds was distributed among the states between 2011 and 2014. Contrary to Idrisa��s position, there is no established rule that the ECA funds should be shared; the distribution was only triggered, as Okonjo-Iweala stated, by the lack of a�?political willa�� of governors to save. Little wonder, Okonjo-Iwealaa��s decisions on the ECA was fiercely resisted by the governors to the point that a a�?violenta�� governor in the South West pounced on her and was verbally aggressive at the NEC meeting.

Okonjo-Iweala noted in her recently published book Fighting Corruption is Dangerous: The Story Behind the Headlines, that she was reluctant to attend the NEC meetings because of the animosity towards her by some governors who saw her as the obstacle to sharing funds in the ECA and saddle their states with ill-advised loans which would have been difficult to pay.

My position, however, is not that fighting insecurity is not important or should not be given priority. But the present government should sustain the integrity and original purpose of establishing the ECA in 2004, which is to protect planned budget against shortfalls due to volatile crude oil prices. Moreover, the Fiscal Responsibility Commission (FRC) has consistently frowned at the way the ECA was being brazenly depleted through the practice of the government to pay subsidy from the ECA or to share to states from the ECA when available funds are not adequate to meet revenue projections.

Since ending insurgency and insecurity is equally important, the federal government should look into other buffers such as the recovered loots to purchase the needed weapons and other apparatuses. Spending the ECA funds to address the incessant fuel scarcity and hike in fuel price in the country by building refineries is more acceptable than throwing the money into the bleak in the name of ending the Boko Haram insurgency, which had earlier been announced as done and dusted.

David Emoche is a Public Analyst from Makurdi, Benue State. He can be reached on [email protected]

For our departed revolutionary idealists

Buhari Make Up Your Mind Jor