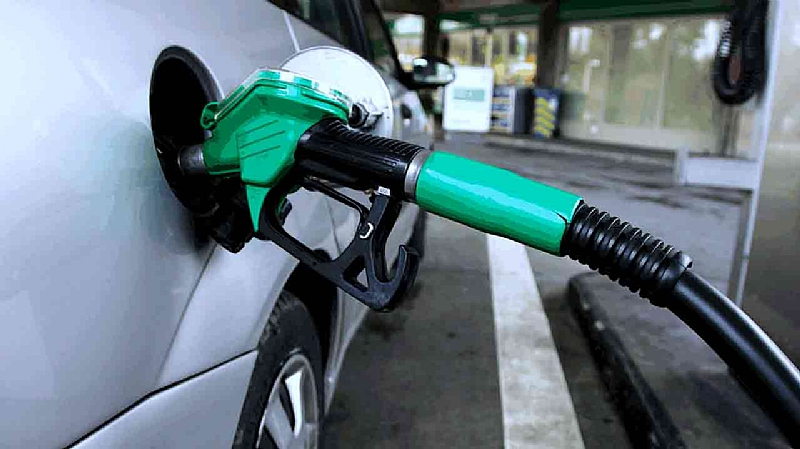 Price controls are regarded by economists as one of the worst forms of intervention in markets. Over the years, the history of governments implementing price controls has shown that it is a failed venture. If truth be told, no measure implemented to control prices can overcome the basic economic forces of supply and demand on a long-term basis. Government involvements in price control of any product always inevitably lead to scarcity, price gauging, rationing or black markets. Subsidy can be systematically exploited by those involved. Therefore, the price of a commodity or service should not be dictated by the government but by simple economic laws of supply and demand as well as competition. It is unfair to fix the price of Premium Motor Spirit (PMS) (commonly referred to as petrol or fuel) or any product or service across board. The cost of petroleum products should rise or fall depending on the crude oil price worldwide.

Lately, Nigerians have been buying petrol between a��200 and a��300 without serious negative consequences for the country. This clearly shows that if subsidy is removed and there is competition among importers, the pump price will inevitably crash to about a��190 or less. There is no gainsaying that in a hundred years the Nigerian Telecommunications Limited (NITEL) would never have achieved the level of coverage now provided by MTN Nigeria, Globacom, Vmobile and 9mobile. Yes, NITEL may have been cheaper but then, purchasing a mobile Subscriber Identification Module (SIM) was an uphill task. Look at Nigerian Airways of old and compare with many local and National carriers that we now have; also consider Aero and Arik Airlines airport terminals in Lagos. This in my opinion shows that, private sector intervention is the key for real development in Nigeria. These privately-owned companies have a reputation for better salaries, improved staff welfare packages, and they invest so that they can make good profits on a long term. The developed economies of the world are evidences of the roles entrepreneurship activities have played in economic development.

To achieve this economic development in Nigeria, oil marketers or business men or women should be able to import petroleum products and sell at whatever price. The Government should not force them to sell at a loss to themselves. The simple economic theory of demand and supply will bring down the cost of petrol. In my view, it will be best for the government to stop interfering in commerce and focus on collecting taxes from the importers and distributors. In addition, if the Federal Government must give licenses; licenses should not be given to 20 or 100 importers but to 10,000 importers or more. Anyone who wants an import license should get it without much bureaucracy.

The present government must act swiftly to address the issue of subsidy honestly in the best interest of Nigerians. The government has no option than to do the needful in eliminating subsidy payment and servicing. The continuous payment of subsidy is a scare to the survival of the economy. Whilst subsidy removal will fully open up the sector for the needed investments and development it seriously requires, it should not be removed immediately or abruptly. All major marketers should be allowed to sell above a��145. The Nigerian National Petroleum Corporation (NNPC) can continue to import petrol for one year while allowing any company to import petrol and sell at whatever price they want. I would suggest that NNPC maintains its price at a��145 for the first three months and then remove a��5 from the subsidy every three months until there is no subsidy. Nigerians will have been used to varying petrol price by then. Market economics will definitely bring the price to a stable average over time. While NNPC is divesting itself from fuel importation, it must have at least three monthsa�� supply to cushion any shortage or price hike from crooked cabals. Such cartels will always seek to associate and set higher process, but NNPC can release hundreds of millions of litres from its supplies to counteract the monopolists.

Assuming Nigeria consumes 30 million litres of petrol and diesel per day. With the standard value added tax (VAT) rate at 5%, the Federal Government will reap a huge 100 billion naira in tax revenue from petrol sales. This is in addition to import duties that will also be collected. If we add this to more than 250 billion naira we are currently losing to subsidize petrol per year, we can construct roads in every village in Nigeria within three years from the more than one trillion naira saved. I believe this will be an enormous step to employment generation and boost infrastructural development instead of the payment of subsidy into the hands of a few hands.

The removal of subsidy will no doubt be an incentive for private refineries, job creation and national development. The State of Texas alone in the United States have 47 operating refineries. Crude oil is currently being piped to Kaduna Refinery, and with subsidy removal Kaduna State alone may have nothing less than four private refineries serving not only northern Nigeria and Cameroon, but also the landlocked countries of Chad, Niger and Burkina Faso. There will also be private refineries in neighboring states to Kaduna since access to crude is assured. Tens of thousands of construction jobs will be created within few years subsequently leading to hundreds of thousands of jobs for refinery workers and truckers. Many allied companies and services will set up shops also leading to more jobs. The Dangote refinery currently being built in Lagos is expected to provide more than 80,000 direct and indirect jobs according to widely circulated reports. The job opportunities and rapid infrastructural development that will occur in Kaduna and neighboring States within ten years of subsidy removal will shock naysayers.

On the other hand, the South-South region will also be a major beneficiary of subsidy removal. I can envisage Delta and Rivers States having two to three private refineries each. Hundreds of thousands of jobs will also be created as well as rapid infrastructural development. Refined products from the South-South can also be exported. It is my conviction and hopes that local shipping companies will thrive as well. This will also lead to private refineries springing up in several states.

It is time Nigerians begin to see and believe that Nigeria will ultimately become a petrol and diesel exporting country. Believe me it is going to happen and it will happen fast if we remove the subsidy. This pain of long queues and expensive petrol once in a while is not going away as long as subsidy remains. Subsidy failure has contributed to the nonexistence of local refineries and the curtailed developmental growth. Malaysia and several countries have since abandoned the subsidy policy, thereby boosting resources for employment generation and infrastructural development. The Federal Government should take the inevitable decision to do what other governments failed to do by partially deregulating the downstream sector of Nigeriaa��s oil and gas industry. Please join me in encouraging the President Muhammadu Buhari led Government to be courageous enough to stop payment of subsidy on petroleum products so that millions of jobs can be created as well as economic growth.

Prof. Tonukari teaches Biochemistry at the Delta State University, Abraka and he is the editor of the African Journal of Biotechnology. He has co-authored two patents and numerous research articles. Email: [email protected]

10 thoughts on “Remove the subsidy: Create a million jobs”