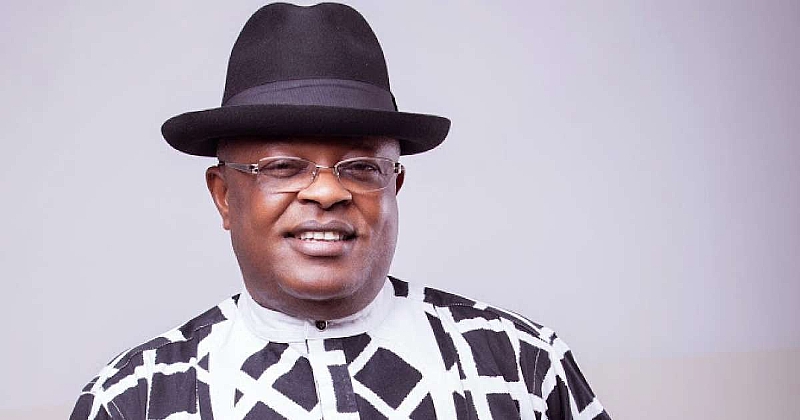 In a statement issued by his Media Office in Abakaliki, the lawmaker said that the attack and plot to frame up the governor was senseless and further called on the Inspector- General of Police, IGP Mohamed Adamu to probe the incident and bring the perpetrators to face the full wrath of law.

The lawmaker stressed that National Assembly members from Ebonyi State cannot fold their hands and allow their leader and governor to face such public embarrassment and intimidation from any quarters under any guise.

Ogbee noted that it was unpatriotic for the governor to suffer such invasion and attack when he had served the country on a presidential mission to finding lasting solution of insecurity as orchestrated by Fulani herdsmen and farmers clashes in the country.

He added that Umahi has displayed enough patriotism in the advancement of Nigeria’s democracy and national Cohesion and should not have been under any attack by the invaders.

“It is with great shock and disappointment that I received the report on the attack and invasion of the Abuja residence of Ebonyi state Governor, Engr. David Umahi by suspected policemen. The invasion and planned attack on the governor is act of cowardice, unpatriotic, uncivil and should be totally condemned. A situation where our leaders will be treated like common criminals has no hope for the civility and stability of our country”.

“Therefore, I call on the Inspector- General of Police to immediately probe the incident and bring all the perpetrators to face the full wrath of the law because the National assembly members from Ebonyi state cannot fold our hands and watch our great leader face such public embarrassment and intimidation”.

“Governor David Umahi has contributed substantially for the advancement of Nigeria’s democracy and national cohesion by touring all the troubled parts of the country on a national assignment to finding lasting solution to the Fulani herdsmen and farmers clashes and deserves to be accorded national respect and dignity. It should be noted that some people want to frame up allegations against the governor”.

“We are aware of the recent resolutions of the South East Governors under his Chairmanship on the security issues affecting the region as it concerns flush out banditry and killer herdsmen, and therefore make bold to say that we will resist any attempt to silence or ridicule Governor Umahi on his quest for national unity and peaceful coexistence”, Ogbee said.

He therefore called on the Federal government to rise up against some of the impunities pervading the nation and forestall the efforts to implicate Governor Umahi by some elements who want to attack and frame him up with illegal arms.