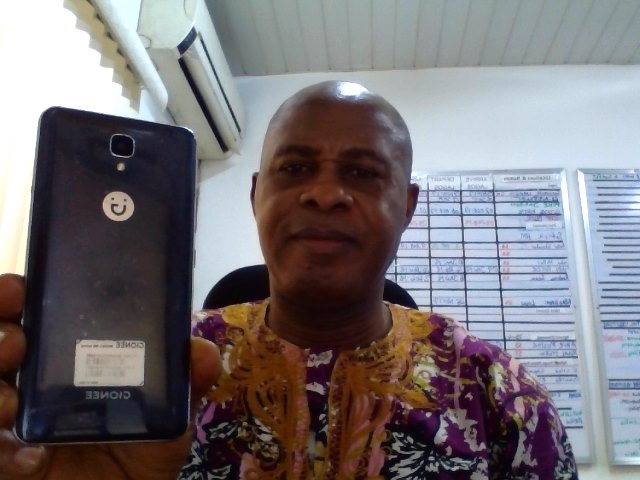 A Nigerian man has claimed prayer with T.B. Joshua caused a thief to return his stolen phone in Port Harcourt, Nigeria.

In a testimony shared on Facebook, Patrick Odiong wrote, “My Android phone was stolen from my car in the traffic in Port Harcourt, Rivers state, Nigeria, on my way travelling home to Calabar, Cross Rivers State.”

According to Odiong, who works as a manager in the oil industry, “When I discovered my handset was missing, I immediately began to pray.”

He then placed the ‘Good Morning Anointing Sticker’ from The SCOAN on the exact spot where the phone had been kept in the car. “I prayed, ‘Oh God of Prophet TB Joshua, arrest the heart of this thief and return my phone to me!’ ”

In a shocking turn of events, the repentant thief called him on his other number four days later, stating that his heart had been disturbed ever since the theft.

“He asked me to text him my address and said he was going to return my phone to me. I sent him my office address, where I was at the time and he promptly brought my phone back to me and begged me not to arrest him and to help him with transport money back to his place.”

Odiong said he provided transport money to the young man, adding that the incident significantly strengthened his faith in God’s power and protection.

The testimony was one of many shared on Joshua’s Facebook page, including a Kenyan lady in France who stated her entire family experienced breakthrough after using T.B. Joshua’s ‘Morning Water’, a Namibian healed of heart disease after praying along with Joshua and a Malawian CEO delivered from alcohol addiction through Emmanuel TV after vomiting a ‘green liquid’.

Ihechukwu Njoku is a freelance journalist based in Lagos, Nigeria

John Terry To Leave Chelsea At End Of Season