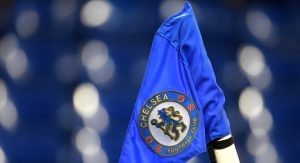 Manchester United have reportedly agreed a fee with Chelsea for the transfer of Willian. This one’s come out of the blue…

It was initially thought that Willian would be off to Barcelona. They were the side most interested, with Willian flirting with a move to the Nou Camp.

We appeared to price them out of signing him, though. Barca withdraw their interest and instead decided to recruit Willian’s compatriot Malcom.

Willian’s issues appeared to be with Antonio Conte, rather than the club, so there’s every possibility that he could still stay put.

Italian publication  Tuttosport , however, are under the impression that he’s on the verge of sealing a shock move to Man United.

The report claims that a €75M fee has been agreed, with Chelsea giving the green-light to the 29-year-old’s sale to a direct rival.

The authenticity of this report has to be called into question. It’s not being reported anywhere else, ye