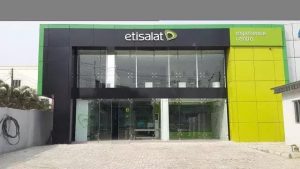 The House of Representatives has mandated its Committee on Telecommunications to investigate and ascertain the circumstances which led to the collapse of Etisalat Network so as to protect Nigerian subscribers’ interest.

This was sequel to a motion by Rep. Saheed Akinade-Fijabi (Oyo-APC) on Thursday in Abuja.

Moving the motion, Akinade-Fijabi expressed worry that the inability of the Etisalat to meet its debt servicing obligations with 13 banks forced its foreign shareholders out of the firm.

He said the company was eventually taken over by the banks.

Akinade-Fijabi explained that the take-over was against the letters and spirit of the Nigerian Communications Act.

“The take-over of Etisalat which was renamed 9mobile by the banks is a clear violation of section 38(1) of the Nigerian Communications Act 2003.

“The Act provides that the grant of a licence shall be personal to the licensee and the licence shall not be operated by, assigned, sub-licensed or transferred to any other party.

“The Act further states that the licence could only be transferred if there is prior written approval by the community.”

According to the the lawmaker, Etisalat Nigeria paid almost half of the initial loan amounting to about N504 million dollars.

“Etisalat Nigeria obtained a loan of 1.2 billion dollars (N377.7billion) in 2013 from 13 Nigerian banks, with a foreign guaranteed bond to finance a major network rehabilitation, upgrade and expansion of its operational base in Nigeria.

“The company so far paid about half of the initial loan amounting to about 504 million dollars but it had reneged on its debt servicing obligations after the interventions of the Nigerian Communications Commission (NCC) and the CBN to restructure the loan and new repayment deadline.”

The motion was unanimously adopted by members when it was put to a voice vote by the Deputy Speaker, Mr Yussuff Lasun. (NAN)