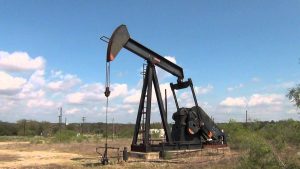 The house of representative has ordered an investigation on Thursday into whether the federal government could recover $21 billion in revenues from international oil companies operating in the country.

This followed a report by minister of state for petroleum, Emmanuel Ibe Kachikwu, in December citing that the federal government had failed to enforce a legal provision entitling it to a greater share of crude sales once the price exceeded $20 a barrel.

Members of house of representatives voted to set up a committee to look into a�?the reasons for the lossa�?, which the minister had estimated at $21 billion.

The committee would look into a�?the possibility of recovering the revenue lost,a�? according to a statement on parliament’s Twitter account.

The committee will ask the minister to provide details of financial transactions between the NNPC and international oil companies and report back to parliament in six weeks, it added.

In December, the minister said Nigeria was seeking to amend a law on deep offshore oil exploration and drilling, aiming to enforce the provision that the government take a greater share of crude sales when prices passed the $20 mark.

Kachikwu said at the time that it would be difficult to recoup the historic losses, incurred since 1993, as the oil companies were not breaking the law.

The federal government still relies heavily on oil proceeds for around two-thirds of its revenue, despite the current administration’s attempts to diversify away from the industry.

11 thoughts on “Reps. take step at recovering $21b revenues from oil majors”