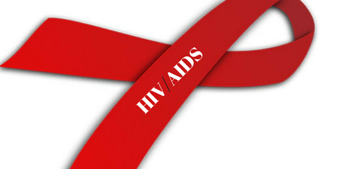 TWENTY world leading HIV scientists have debunked some assumptions and myths about HIV infection, as they launched an evidence-based consensus that systematically refutes the rationale for laws that criminalise its spread.

The 20 global experts, in HIV research, epidemiology and patient care issued the consensus at the 22nd International AIDS Conference(AIDS 2018) in Amsterdam, Netherlands on Wednesday.

NAN reports that the conference, which was the largest gathering on HIV and AIDS in the world was organised by the International AIDS Society(IAS).

Among the 20 co-authors of the statement were a Nobel Laureate, Françoise Barré-Sinoussi of the Pasteur Institute, Salim Abdool Karim of Columbia University and Chris Beyrer of John Hopkins University.

On the list were Pedro Cahn of Buenos Aires University and Peter Godfrey-Faussett of the London School of Hygiene and Tropical Medicine, and Julio Montaner of the University of British Columbia among others.

The experts said that HIV criminalisation laws were partly driven by poor appreciation of the science around HIV.

“At least 68 countries criminalise HIV non-disclosure, exposure or transmission. Another 33 countries are known to have applied other criminal law provisions in similar cases.

“People living with HIV continue to be accused, arrested, prosecuted and convicted for non-disclosure, possible or perceived exposure or transmission of HIV.

“These are cases where no harm was intended; HIV transmission did not occur, was extremely unlikely or impossible; and transmission was neither alleged nor proven.”

The experts stressed that there was no possibility of HIV transmission through contact with the saliva of an HIV-positive person, including through kissing, biting or spitting.

The experts also said that it was not possible to establish proof of HIV transmission from one individual to another, even with the most advanced scientific tools.

The experts said the statement would serve as the gold standard of current scientific knowledge on HIV to inform any application of the criminal law in cases related to HIV.

“In many cases, these misconceived laws exacerbate the spread of HIV by driving people living with and at risk of infection into hiding and away from treatment services,” she said.

Kenneth Mayer, JIAS Editor-in-Chief and other colleagues, stated that limited understanding of current HIV science reinforces stigma and could lead to miscarriages of justice while undermining efforts to address the HIV epidemic.

“Specific laws focusing on HIV criminalisation, and misuse of other laws despite the evidence against the likelihood of HIV transmission, reflect the perpetuation of ignorance, irrational fear and stigmatisation.

“We therefore hope that governmental authorities will view this Expert Consensus Statement as a resource to better understand the actual than the perceived risks posed by exposures to individuals living with HIV.

“And to create societies that encourage engagement and not fear.”

The statement which has been translated into French, Russian and Spanish would encourage governments and judicial systems to pay close attention to the significant advances in HIV science that have occurred.

The statement was endorsed by the International AIDS Society, International Association of Providers of AIDS Care, Joint United Nations Programme on HIV/AIDS and other organisations and scientists.(NAN)

UNILAG Management Crisis; When Heads Are Meant To Carry loads Only By Femi Adeyeye