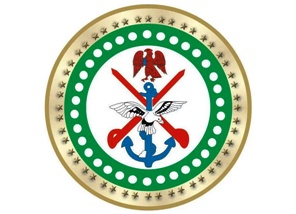 1. The Ministry of Defence under the leadership of Mansur Muhammad Dan-Ali commiserates with the government and people of Zamfara and Kaduna States over the recent attacks that claim the lives of law abiding citizens in the states and also lost of properties. The Hon Minister prays to Almighty Allah to grant the lives lost an eternal rest and also grant their families the fortitude to bear this unfortunate lost.

2. However, it is imperative to state that Ministry of Defence and the Armed Forces of Nigeria have remained committed and resolute in tackling current security challenges across the country, ensure safety of lives and properties as well as protect the nation from both external and internal aggression. It is pertinent to state that the Armed Forces of Nigeria is currently engaged in various Internal Security operations across the country and has made concerted efforts in tackling the incessant killings by armed bandits and other criminal activities in the North-West particularly in Zamfara and Kaduna states.

3. It is worthy to note that some of the efforts made by the Federal Government include the creation of 8 Division, Nigerian Army in Sokoto and the establishment of a Brigade in Gusau and another one to be located in Birnin Kebbi to address security challenges in the North-West. Also, the Nigerian Air Force Quick Response Force was established in Gusau to give air support to the ground troops. Additionally, 500 troops of Nigerian Armed Forces and 500 other security agents were recently deployed to join Operation SHARAN DAJI to curb the activities of armed bandits and other security challenges in Zamfara and Kaduna states and the region in general.

4. Recently, the Ministry directed the General Officer Commanding 8 Division to relocate his Tactical Headquarters from Sokoto to Gusau to adequately coordinate activities of Operation SHARAN DAJI until normalcy returns in the State. These are all geared towards realizing the mandate of the Ministry of Defence and achieving the Federal Government’s drive on security of its citizens and properties. However, it is noteworthy to state that the issue of drug abuse, unemployment and governance amongst others contributes to the deplorable security situation in Zamfara State. It is therefore suggested that the all necessary stakeholders should come together and take necessary steps to address these issues and to provide adequate support to security agencies so as to get maximum cooperation.

5. You are please requested to disseminate this information through your medium to the general public.