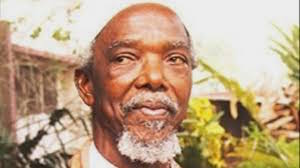 Achebe blazed the trail by showing to the world that Africans were capable of producing their own literature through his writing of the continent’s most famous book ‘Things Fall Apart’ which was published in 1958, two years before the lowering of the Union Jack.

Ike was two years Achebe’s junior at the University of Ibadan and the latter inspired him to horn his literary talents through his contributions to the University Herald which was established and funded by the university authorities. He grabbed the opportunity with both hands and it was there his works first appeared in print.

‘Things Fall Apart’ was the motivation that Ike had to write and he did so without looking back. His most celebrated work ‘Toads for Supper’ was published in London in 1965 after many rejections. At last his name was firmly etched on the continent’s literary scene.

His novel ‘The Potter’s Wheel’ was selected for the UTME examinations in 2011. Some of his novels found their way to the Nigerian educational curriculum which was a testimony to his mastery of prose and his high level of influence.

He was a cultural nationalist as he wrote one of his novels in his native Igbo language and his books like ‘The Bottled Leopard’, ‘Toads for Supper’ and ‘Potter’s Wheel’ richly reflected the wonderful and rich African cultural heritage of his native home town Ndikelionwu.

He later went to the University of Stanford in California for his Masters Degree and had a wonderful career as the registrar of both the University of Ibadan and University of Nsukka. He later became the Head of the West African Examinations Council (WAEC) where he initiated a lot of reforms and made the waec certificate to be recognized globally. His novel ‘Expo 77’ was inspired by the widespread cheating in the WAEC exams which he did his best to curb. Later, after a stint as a Professor of English Literature at the University of Jos, he also became the pro-chancellor and chairman of the Governing Council of the University of Benin.

He was a literary giant in the true sense of the word and it was accentuated by his imposing physique which was rather intimidating especially in his younger days.

His life wasn’t one full of roses as he had his fair share of trials and tribulations. He lost his only child Osita and was denied the right to see his grandchild by his estranged former daughter-in-law.

He was a public intellectual who greatly shaped the discussions around African literature and culture with his views disseminating to the ends of the earth as he was indeed a literary giant in his own right.

He was the traditional ruler of his native Ndikelionwu, which is an Aro settlement in Anambra State. He held the title Ikelionwu XI until his death.

‘When beggars die no comets are seen but the Heavens blaze forth at the death of Princes’ goes the eternal words of English playwright, William Shakespeare. Ike was indeed a prince by achievement and birth and so tributes poured in from the highly placed in the Nigerian Society.

Gleaned from Thisday Newspapers – In a condolence message to his family and the people of Ndikelionwu, the Anambra State Governor Willie Obiano described him as one of the state’s greatest assets and totems of excellence, adding the state “shall find strength and consolation in his examplary life and the legacies he left for mankind through his literary works and stellar contributions to the traditional institution in Anambra state.”

In a statement by his Special Adviser on Media and Publicity, Mr Femi Adesina, in Abuja on Saturday, the President condoled with family, friends and associates of the traditional ruler.

Similarly, President Buhari said in a statement by his special adviser on media and publicity, Femi Adeshina, that the late author will always be remembered for his exceptional creativity in communicating wisdom in simple ways through his books.

May his soul find eternal rest in the Bosom of the Lord and may his family have the fortitude to bear this huge loss!

Lyon out, Diri in

Re-building Confidence in the Electoral System