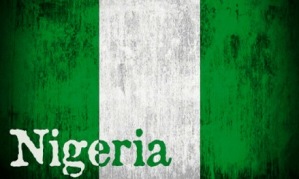 All the reasons adduced against restructuring Nigeria before the 2019 elections arose from misunderstanding of the term restructuring and what is involved. General Gowon who created the first 12 States in 1967 recently saw it as “impossible” because he imagined that no consensus can be reached amongst the over 500 ethnic groups debating the best way out. His reason for creating States was to allay minority fears about domination and to win the civil war. Late Gen. Ironsi suspended parts of the 1963 constitution that guarantees participation and rights because he wanted to ” restore law and order”. He then ruled with decrees and made Nigeria into a unitary system of command because of military rule requirements.

After 50 years we know better about these fears. We know how Nigeria has become. Now if we truly desire changes,that is if we do not want the present conditions to continue,and only on this basis do I continue this analysis,we have to make fundamental changes in our erroneous beliefs by correcting our past mistakes. The first step is to consider the facts on ground.

1. Nigeria had chosen as a nation only once and established a nation building plan applauded world over. We cannot chose another foundation for Nigeria. So the question of choice is out if it. We can only build up on what we have as foundation in 1963.

2. The reason adduced by Late Gen. Ironsi for suspending parts of the constitution in order to restore law and order has expired. So it is time to restore the suspended constitution since the military is not qualified to decide in the contrary on an issue Nigerians had decided as a nation.

3. The issue of majority domination has been cleared after 50 years to the extent that we now know that one majority domination was merely replaced with another. Today we know that the Niger Delta oil does not truly benefit them but rather another majority group. We know that 13 percent derivation is way lower than 50% but we acknowledge that States creation can remain under regionalism to ensure that 50% gets to the States concerned.

4. The issue of expediency to fight and win a civil war has also expired with the long stretch after the war has ended. Also with the no victor no vanquished declaration,there is no reason why civil war policies should persist in some of these territories. Marshal law ends with the war end everywhere and Nigeria should not be an exception. So those decrees such as land use decree now Acts of the National Assembly are not only null and void but can only harm the economy on the long run if allowed to persist.

5. In the same vein,since the military does not have the peoples mandate to build another nation midstream and indeed are incapable of doing so all military decrees and interventions for emergency purposes should be seen as expired and null and void.

We can retain state creation as long as it conforms to the original provinces and do not cross old Regional boundaries. If they do then a boundary commission will be set up to correct such in order to retain the stable tripod.

Now all the National Assembly or individuals or even executive needs to do is sponsor bills to effect the above realities. One of the bills will simply ask for a declaration that the civil war has ended.

If this declaration is made then it means that all the reasons adduced by General Gowon for making war decrees are null and void since the military cannot indeed decide against what Nigeria has decided. This has nothing to do with minority concerns which has been tabled since the Wilinks Commission of the late 50s. It only supports the use of Provincial boundaries and retention of States.

Another bill should seek to clarify whether Late Gen. Ironsi 's quest to restore law and order in Nigeria has been achieved today or not. If it was achieved,then further military engagement was unnecessary. If it was not so then General Gowon's intervention and the civil war becomes our basis for analysis. It will be resolved when a bill seeks to declare the war ended and therefore wars emergency measures closed for all sides. In that case the petroleum decrees now Acts of National Assembly,the land use decree or Acts with much of what you now call the 1999 constitution will be thrown off over night. Let those who have something or the other to gain individually or in groups know that the call is for them to make personal sacrifices

to salvage Nigeria. Of course there are legal ways of compensation due them. For instance oil wells will continue to produce but only pay commission to different bodies in accordance to industry practice world wide. It does not mean they lose their licence except in breach of the law.

So indeed it is very easy to restructure Nigeria next week.

How do you stop Nigerian Politicians from being Corrupt?

92 thoughts on “Restructuring Nigeria Before 2019 Election Is Simple.”