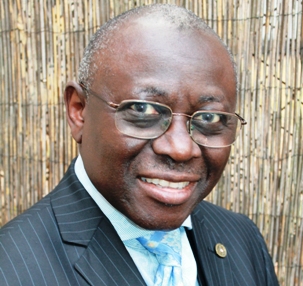 Some antagonists of restructuring are satisfied with maintaining the status-quo because corruption is like oxygen to them. They cana��t live without it.

The Ajakuta episode personifies the current mirage of the country known as Nigeria with a unitary form of Government endowed with all power to steal legally from its people blindly for decades unabated. Successive governments in Nigeria delight in corruption.

They are so corrupt that nothing good can be derived from the project so long as the structure allows authoritarian powers conferred by the state or unitary system without checks, balances, transparency, accountability and due process.

The investment in human capital is just a dream but in actuality it only exist through embezzlement of government funds entrusted in the care of corrupt government officials all across the country who have the protection of the government authorities to loot, steal and embezzle without any recourse or consequence. This is true by all accounts of the Nigerian government since the overthrow of the first republic by the blood-sucking soldiers who are trained and influenced by foreign powers.

It is a shame that after 50 years of independence, Nigeria is still struggling to survive and known to be one of the most corrupt countries in the world. The reason is simple and the answer lies in the structure of Nigeria where a�?baboon dey chop, Monkey dey worka�� syndrome.

When you Google Ajakuta scandal and watch the episode play on national television, you get a sick feeling in your stomach about our corrupt leaders from Obasanjo to the Buhari administration. There is no hope for Nigeria under the current unitary government dispensation unless we fight for our freedom through regional restructuring and regional autonomy.

The federal system will be limited to immigration, military, customs, fiscal policies and other national functions of a central government in collaboration with the zonal regional governments.

The current six- geo-political zones must be transformed and become autonomous regions to save Nigeria from disintegration. Let the wise hear! Restructuring is the way to go!

Re: #NotTooYoungToRun and the Rest of Us

8 thoughts on “Restructuring: The Perfect Panacea for Corruption”