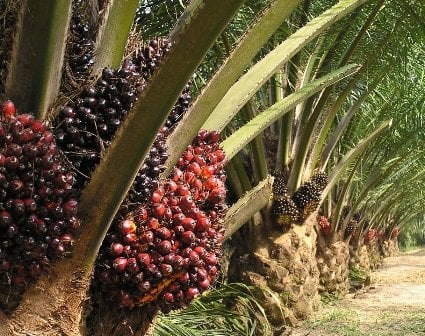 By Chinedu Aroh, a guest writer

With technological advancements in the solar sector, and decisions of some western countries to quit buying petroleum products in no distant time, it has become imperative that the doomsday is imminent for petroleum products. Against this background, the clamour for diversifying Nigeria’s revenue sources should be equated with action before it gets too late.

Enugu state, a part of the old Eastern region, has the prospect of sustaining the entire country in palm oil and other allied products if her potentials are optimally harnessed. The state was envisioned in the early 1970’s to be the hub of palm oil production in the country. That was the vision of former eastern region premier Dr Michael Okpara when he embarked on massive palm plantations in the state.

Unfortunately, because of oil boom in the early 1980’s, the Okpara vision was allowed to die by successive regimes in the state. The oil boom lasted for quite a long time, thus destroying the creative minds of the people of the state, and the nation in general. With the turnaround of events, it has become clear that those lost steps must be re-traced and re-invigorated, otherwise the state’s development will remain hinged on uncertainties.

Research shows that Enugu state has about 6, 599 hectares of palm plantations, located at Aguabosi Ugwuoba in Oji River; Ibite Olo in Ezeagu, and Akiyi Umulokpa in Uzo-Uwani Local Government Areas. These palm plantations served as a source of raw materials for the vegetable firm at Nachi, and other agro-processing companies. Today, they are shadows of themselves as ageing palms are not vigorously replanted; and allowed to be overgrown by weeds. Most of them lost their essence due to bush burnings overtime; while tractors designated to operate there have become dilapidated. Similarly, various oil mills for processing are operating below par or dead. The architecture of the plantations shows that they have intersecting roads, which today have been overgrown by weeds.

Enugu state has many benefits to derive if these plantations were made optimally functional. The truth is that palm trees are Nature’s gifts to mankind. With the improved varieties, they produce even at age three. Their maintenance is cheap, and the state’s climate is conducive for their plantations. Although oil is the most prominent product of palm trees, their allied products are as lucrative as the oil itself. In fact, every part of palm is useful. Palm kernel oil, leaves, stems, and palm wine are all essential export materials. Therefore, the state stands to create numerous job opportunities for her teeming youths, and boost her revenue base if the palm sector is resuscitated. Enugu will also fill the palm oil lacuna in Nigeria, which, according to the country’s Central Bank Governor, Godwin Emefiele, imported palm oil from Indonesia to the tune of over N16bn in 2018 alone.

There is also a clarion call for local government areas to embark on palm plantations to boost their revenue base and create jobs. It is true that land ownership poses a herculean task in the southeast. This is where the template of Udenu Local Government Area of Enugu state in partnering landowners for commercial farming should be emulated. The Udenu model makes landlords the owners of such plantations, provided they settle there, and embark on commercial farming while the council regulates the operations. The council used that method to encourage over 400 hectares of commercial farming at Agu-Orba.

Government enterprise agencies should also fund this scheme on both individual and corporate bases while various state marketing companies should readily buy up palm produce under anchor-borrowers’ initiatives for exportation, and reduce the challenges farmers would face in marketing their products.

With the efforts of Gov Ifeanyi Ugwuanyi in revitalising Enugu State United Palm Products Ltd, it is believed that the dream of Dr MI Okpara in the early 70’s would be realised in no distant time.