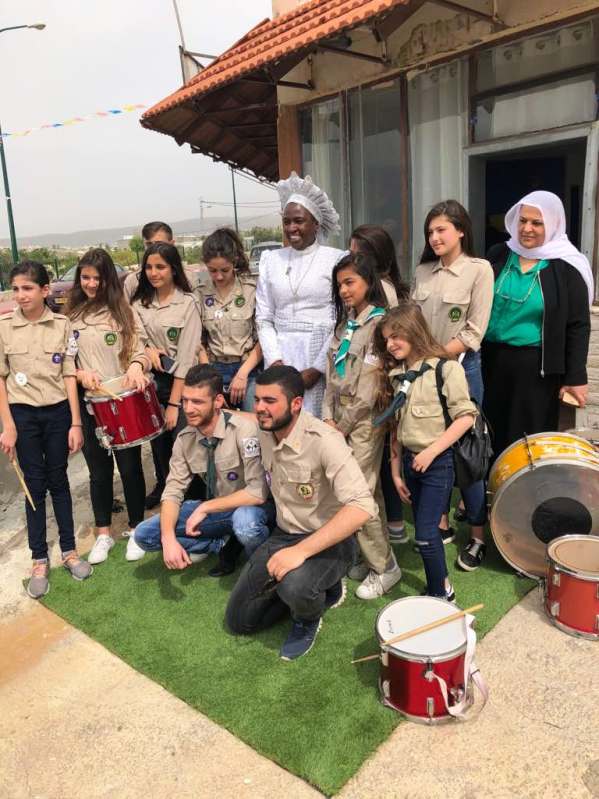 The General Overseer of Love of Christ Generation Church, United Kingdom and promoter of Esther Ajayi Foundation, Rev. Mother Esther Ajayi has charged Nigerian Government, corporate bodies and wealthy individuals in the country to embrace spirit of giving to the needy so as to make life better for them and curb poverty.

She gave the charge in Lagos and explained that the mission of the foundation was to change people’s lives through the power of giving so as to take people out of poverty, provide shelter to the homeless, give hope to the underprivileged and stretch out a hand to those in need.

Speaking with The Nigerian Voice, Ajayi said “we also promote children’s rights and education, empower women through gender equality, support indigenous rights and advocate for peaceful societies on the local and global levels.

“Our aim us not only to become a world class humanitarian organisation, but also to inspire new generation of givers among civil society and the business arena. We believe that one of the greatest gifts we have, is the spirit of giving.

“We believe that by inspiring the corporate and business world as well as civil society to choose giving as a way of life, a peaceful and inclusive societies could be achieved around the globe”.

The foundation that has been to four different countries namely; Israel, England, Ghana, Bulgaria and Nigeria, according to the founder, will be inaugurated in United States of America (USA), in July this year.

She reiterated her commitment to eradicate poverty in Nigeria. She noted that the foundation gave one million naira each to seven entrepreneurs to start up their businesses in Nigeria during the last Ovation Carol celebration.

Ajayi whose next birthday in April 2 would be celebrated with downtrodden in the society however urged other well meaning Nigerians to cultivate the habit of giving to make life meaningful and worth living for the less privileged.

Zulum to Keke NAPEP Operators: ‘We will strictly regulate, not ban NAPEP’… Zulum