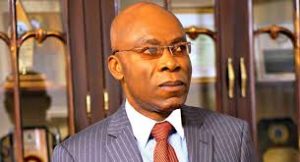 If Leo Stan Ekeh doesn't strike you, at first sight, it's probably because he is a masterpiece of a man disguised as a blank canvas. Ekeh affects a flurry of beings curled into one: he is science, an art, a foundation of genius with dashes of brilliance brightening the creativity of his mind and soul, thus illumining the world.

A product of pure intellect, Ekeh can become any form he creates; he is a library of masterpieces, an intricate web of sensitivity and hope attuned in full measure to the world's needs. This is a glimpse of who he truly is.

Despite his genius and acclaimed successes, the group chairman of Zinox Tech Group and now owners of Konga.com, a shopping site, is unusually humble. He is a workaholic no doubt, but he is highly spiritual and sophisticated too.

Ekeh, better known as Africa's leading digital entrepreneur, has pioneered and delivered the largest ICT projects in the continent, quietly, with few of his companies. It is his philanthropy that wins hearts, among other traits thus his investiture as an ICON of Hope for Nigerian Youths by former President Olusegun Obasanjo as far back as October 1, 2001

For the umpteenth time, Ekeh was on song courtesy his genius and unrivalled accomplishments, amid the classy and well laid out conference room of a five star hotel in Parklane, West London, where I was privileged to join a select group of professionals and digital aficionados, some days ago. The name and remarkable feats of Africa's most formidable digital magnate sprang to the fore as the discussion segued to humanity's chances of living and surviving in the future.

Everyone in the conference hall was shocked when the moderator mentioned among others, that possibly the best digital home in Europe was built from the foundation by a African leading digital entrepreneur (Leo Stan Ekeh), who could not do it in his home country, Nigeria, due to lack of adequate infrastructure and certified professionals.

The house in a leafy, exclusive neighborhood area in the UK, though a similar design like his house in Lagos, Nigeria, which he built over 15 years, was designed by one of United Kingdom (UK)'s best modern lifestyle architects, who filed for bankruptcy on the project. While the automation was designed by different specialist companies across the globe, every detailed aspect of the design and deployment was directed and supervised by Ekeh, “a restless gentleman who works almost 24 hours and is impatient with delays.

His UK bankers who believed his story and took the risk with him must be commended for extending a loan for him to achieve this real future home. The house has everything in the world that we expect in living well in the next 25 years,” enthused the moderator.

Ekeh's digital home is indeed a marvel. Fully connected to a digital cloud with zero failures backup, it has multiple and scalable analytics triggered by several high-level sensors, which alerts the owners wherever they are in the world to any happenstance.

The analytics rates the weight and possibly health status of every visitor when you go in and out and an unusual entry triggers some adapters which alarm the police in three countries and could unveil any visitor no matter how he or she camouflages.

The quality of breathable air inside the house is analysed by the sensitive systems put in place to make sure it is pure for healthy living.

According to him, “Ekeh's healthy living lifestyle is discernible by his installations and overall design of the house. The genius, who does not take alcohol or smoke endeavours to perpetuate his preferred lifestyle in the digital residence's intricate technology”.

The apartment's entertainment system is integrated with an A++ indoor swimming pool with digital filtration system and analytics that interprets breathing frequency of the swimmer and alerts emergency contacts if the swimmer's heart beat is going beyond normal limit.

There is no gainsaying Ekeh like the world's privileged few, is already experiencing the future, a reality that does not necessarily require being the richest but a painstaking focus on maximising the resources of the present to live the lifestyle of the future.

Ekeh's house is priceless; built in a privileged location in the UK, it will be put up for sale in the A-list property market in Europe, very soon, for the few who can afford it.

The 2019 GTBank Food and Drink Festival! Get Ready For The Biggest Food Festival in Africa

19 thoughts on “Revealed! Best digital house in Europe is owned by a Nigerian, Leo Stan Ekeh”