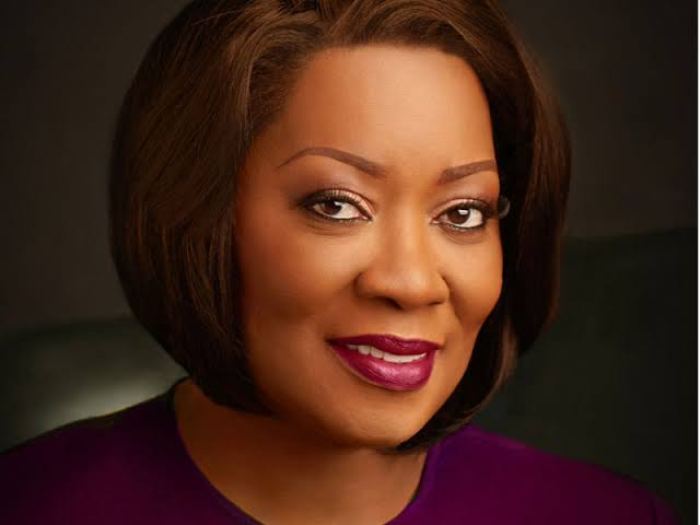 On the 24th of December 2019, Mr Oraye St.Frankyln , an aide to the wife of late High Chief O B Lulu-Briggs, wrote on a social media platform account named “RIVERS POLITICS” claiming that the Oruwari Briggs Chieftaincy house denied the foundation owned by the embattled Seinye Lulu-Briggs access to the family compound for her annual charity event usually held by her foundation O B Lulu-Briggs Foundation.

Investigations has revealed that contrary to the impression Seinye Lulu-Briggs sold to the public as regards the event through her spokesman, that it is not so.

Seinye Lulu-Briggs in a letter dated October 4,2019, duly signed by the coordinator of the foundation Mrs Ineba Tongkam , requested of the chiefs of the Oruwari Briggs Chieftaincy House for use of the Young Briggs Oruwari Square for the annual children and senior citizens celebration and charity event.

The letter which was addressed to the Head Chief of the Oruwari Briggs Chieftaincy House, Chief Solomon Wenike Briggs was duly received and acknowledged.

However, on the 4th of November, 2019, after careful consideration and deliberation by the council of chiefs led by the Head Chief, they sent a response expressing their reasons why they would not allow the said events to hold in the Oruwari Briggs square as requested.

Their reasons were stated as follows;
“we cannot be celebrating when the mortal remains of our late paramount head is in some morgue in faraway Accra where your proprietors have deposited him since he passed on the 27th of December 2018”

Stating further their refusal to the request , the chiefs reminded the coordinator that their proprietor who is the wife of the late paramount head has repeatedly refused to heed to tradition and custom and advice to release the corpse of their late head chief which she had conveniently spirited to Ghana and deposited in Ghana, thus bringing ridicule to the name and memory of the late High Chief and his family and Kalabari land at large.

The letter was duly signed by 7 Chiefs of the Oruwari Briggs House without coercion nor any form of inducement by any of the immediate and legitimate children of the late High Chief.

This brings to question as to why Seinye Lulu-Briggs would commission a malicious slander game against the Chiefs whom she had in August of same 2019 written to and apologized for insulting and accusing them falsely and begged for forgiveness from them?

Seinye Lulu-Briggs , a woman who has received nothing short of respect and admiration from all and sundry because of the revered name of the man she was married to , would embark on such a futile journey seeking to malign and destroy the name of a man who has showed her only love and compassion all through his latter years when he was married to her before his demise?

Whereas this is the true position of things, one is forced to ask; why Seinye Lulu-Briggs is driven to attempt to deceive the public with false social media stories and narratives.

On the 24th of December 2019, in her lack of valid excuse to explain to the people of Abonnema why she has been avoiding them and cannot hold her annual event , she went ahead to lie against the very own chiefs of the family whom she had earlier appealed to and asked for forgiveness.

In an update shared by her spoeksman , Seinye Lulu-Briggs opined that the Chiefs had used armed and uniformed men to bar her and her foundation staff from their annual events in the family square

“The O. B. Lulu-Briggs Foundation’s Christmas Party for children, which holds annually in Abonnema will not hold this year. The Christmas Party was called off Tuesday on account of the blockade imposed on the foundation by the Oruwari Briggs Council of Chiefs from accessing the venue of the Party in Abonnema.

Staff and volunteers of the Foundation who were in Abonnema early Tuesday to set up for the Party billed for Christmas Day were accosted by men numbering about 20 who prevented them from doing so.

According to eye witness accounts captured on video, the men informed the O. B. Lulu-Briggs Foundation team that the Oruwari Briggs Council of Chiefs had mandated them to ensure the annual Children’s Party did not hold.

Executive Secretary of the O. B. Lulu-Briggs Foundation, Dakoru Okujagu who confirmed the incident regretted its cancellation. “The Children’s Party has held for more than a decade in Abonnema. It’s an opportunity to show love to children and inspire them to be better. This was High Chief O. B. Lulu-Briggs’ idea. It’s unthinkable to see that innocent children are the targets here,” she said.”

Given her recent antics and her new found moves and attempts to mislead the public in hopes that it will enable her continue to hold to ransom the corpse of her late husband , it is imperative and important that the public is advised to ignore her and her moves as it will all come to naught.

In another separate statement signed by Dr. Mrs. Seinye Lulu-Briggs, she also claims that she is afraid she will be subjected to “crude burial practices” by the Kalabari people.

Even the courts have wondered what these crude practices are that Seinye would feel the urgent need to have assurances from the Oruwari Briggs family that she would not be made to go through it.

For avoidance of doubts, the regular Kalabari burial and its customs can be found here (attached link)

Dr. Mrs. Seinye Lulu-Briggs via her vertically challenged garrulous aide, has kept distracting the issues on ground and attempted to focus the discourse on property and yet again, everyone has asked and continued to ask; “WHERE IS THE BODY OF HIGH CHIEF O B LULU-BRIGGS?”

The family of the late High Chief has continued to ask consistently for the remains of the body of their father and grandfather and chief to be given to them so they can go ahead and prepare to plan for a befitting funeral for their patriarch.

Instead, Dr. Mrs. Seinye Lulu-Briggs has been running from court to court seeking one stay of execution order after the other barring the family access to the mortal remains and insisting that she will only release the corpse on the day of the burial which must be determined by her unilaterally.

This has caused many to ask; “WHAT HAS Dr. Mrs. Seinye Lulu-Briggs done with the corpse of High Chief O B Lulu-Briggs?”

While the family awaits the decision of the appellate court in Ghana where Dr. Mrs. Seinye Lulu-Briggs has filed an appeal challenging the decision of a High Court that ordered her to release the mortal remains to the family of the late High Chief led by his second oldest son Chief Dumo Lulu-Briggs, the people have continued to pray and ask that Dr. Mrs. Seinye Lulu-Briggs comes to reason and see that she has not only wronged the family but also wronged the memory of the man who’s imprimatur of excellence and respect was stamped on her at no cost but love and affection.

169 thoughts on “REVEALED: Reasons why Seinye Lulu-Briggs was denied use of ancestral compound for her charity event ”