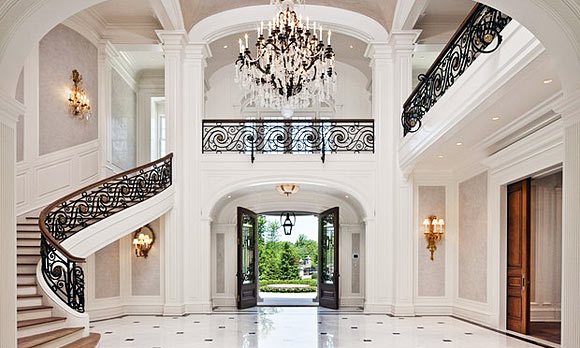 If you are an Emir, Obi, Oba, and Serial Monogamist or rich enough to acquire more than two wives, you can fool yourself all you want about your sexual prowess, it is a false sexual ego. Your household know you are not the only one satisfying their sexual needs, even if they make you feel so powerful. Usually, servicers are helps not too far from the women. One or two wives may be loyal, once you go over that, older ones are frequently ignored starving for love.

It must be made clear from start, there are many young girls that aspire to marry older men for their power, swagger or sheer style; not just for money. Muhammad Ali is a case in point. His last wife, Lonnie Williams met him at the age of six and promised to marry him at 17. By the time she earned an MBA, she took care of him and his business until his death.

Alia��s fortune was in decline and he had been diagnosed for Parkinson disease. Some ladies actually claimed they would rather become an old mana��s darling than a young mana��s victim. Only an old man knows the joy a young pretty girl brings to his heart. Call her a trophy, friend, companion, confidant or possession; if wealth could get him the happiness he needed, why not!

Who can remember when it was easy for a poor man to have more than one wife or girlfriends? Ladies insist that if their men are not rich, they must have the prospect to be. There was a time for a�?Surulerea�? and today for a�?Olounsogoa�? meaning either to wait for riches or swim in it right now. Until there is a change in moral conduct in a poor society where vanities are discouraged and ostentation held to accountability, wea��ll be praying for chastity exported to Dubai, forever.

Ladies must understand that they encourage and invite rich men to take advantage of them, as long as they have a�?cashisticsa�? for their whims and caprices. Younger girls will be more attracted to older men that have made it rather than young men in their age group struggling in poverty stricken communities. Especially, after rough experience with young boyfriends. It may not be fair, but that is the reality of life that will be repeated when the same young men get older.

The most disappointing situation is when a rich man finds himself and money totally useless in buying his want or needs. He may not be able to buy his health but he can buy some ladiesa�� friendships. One has to wonder if money gives rich men as much sexual appetite as the many women they crave. You may find out that it is not so much about mena��s sexual prowess or money but having friends as companions or confidants nearby.

Men like to display their sexual prowess in the form of economic status. Even men without the means to take care of many women actually depend on womena��s income to boast their status. What serial monogamists do not understand is that polygamists depend on their wivesa�� incomes to sustain the big families. It has always been like that on the farm with the children contributing. Some men replace estranged companions or confidants with new ones.

Would you give your daughter to an older man? As a practical matter, it is already being done within many circles in and out of Africa. Apart from the fact that it is not as easy as it used to be to dictate a partner to your sons or daughters. Indeed, some countries and states do require parental approval if the girl is below certain age. There are also some conditions that the girl should be allowed to further her studies at the university.

If she is over 30, it is none of your business! It may look like bondage for the ladies, especially the young ones but they may rationalize it as ability to move on with enough money to get their own toy-boys later in life. So, you may denounce them today but they may have the last laugh controlling the vast amount their husbands had or divorcing with a sizable part of it. Whether they wasted part of their lives cuddling an old man rather than a man their age becomes an academic argument.

While it is true that money cannot buy love, you cannot eat love at the end of the day! Money has been classed as another form of freedom of speech and by that reasoning to be able to spend as much of your money as you want as long as it is not illegal. A girl under age, depending on the jurisdiction is clearly illegal. Still immoral on her volition, except with the permission of parents. It becomes ugly if any girl has to marry, just to feed the parents.

While the role of women as income earners remains, they have not been so recognized because most of their contributions are unpaid labor. In the Western world where ladies still earn less than men, there is opportunity cost. Ladies have to decide whether to stay at home and take care of their children or weigh the cost of paying babysitters while they hustle from home to daycare to work, back to daycare to home. Rich men allow them the luxury of a free choice.

Yet, the men that take credit for a good family though it is their wives that sacrifice most, for the betterment of the children. While serial monogamists move from one woman to another, polygamists stay with as many women that want to live with them. Even if a polygamist has all the money to take care of their wives and children, there is no way an average man can equally satisfy the sexual needs of more than two women at home. More women more trouble O!

No wonder men get worn out and die earlier than women. Hey, there is nothing wrong dying on top of the one you love in ecstasy!

Obasanjoa��s letter and Igbo presidency in 2023

Need To Check Excesses Of Judges: The Ifeanyi Ubah Matter

Who Can Satisfy The World?