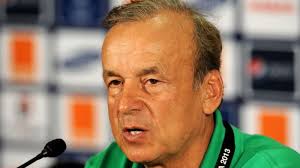 Lokosa made his Super Eagles debut against DR Congo on Monday in a 1-1 draw in Port-Harcourt.

Two other players will be dropped after the International friendly match against the three lions of England in other to make meet up with FIFA deadline of June 4.

The Super Eagles Team are scheduled to meet President Muhhamadu Buhari on Wednesday morning before jetting out to London via a chartered aircraft for the Friendly against England at the Wembley Stadium on Saturday.

Nigeria will also play Czech Republic in the last tune-up game before the World Cup four days after playing England.