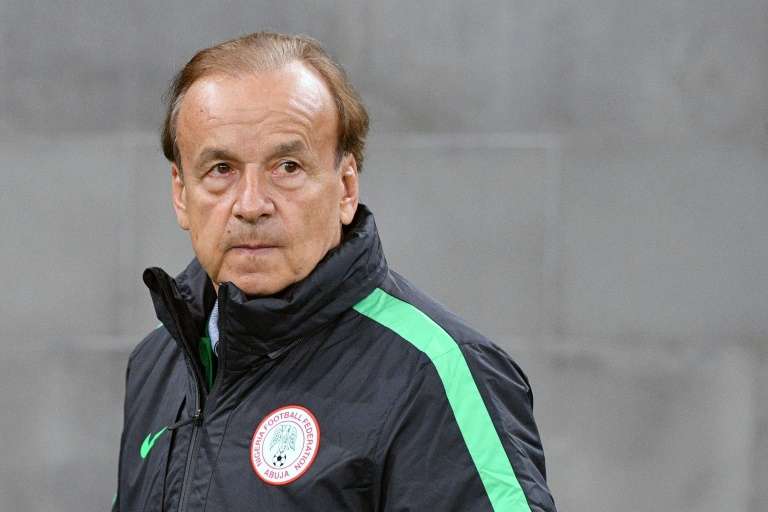 Super Eagles Coach, Gernot Rohr has revealed that he does have any special plan to man-mark Lionel Messi.

Nigeria will Play the Albiceleste of Argentina in a Group D encounter in the last match of the group stage.

But Rohr insists his team will play the against Former World Player of the Year as a Collective Unit.

a�?At this stage, there is no special plan,a�? Rohr told South Africaa��s Soccer Laduma in an interview.

a�?We dona��t even know whether he will play. Of course, we all know him and we know of his quality. But we also played against some really good players in our qualification and were able to deal with them.

a�?We had Riyad Mahrez at Algeria, we played against Sadio Mane and Senegal in a friendly. We know how to organize our defense against top quality players. What I can tell you now already is that there will be no man-marking of Messi.

a�?We did this in the old days, even myself, but ita��s not used too often these days. We will deal with Messi or any big player as a collective. But often you wona��t be able to keep top players quiet over the whole 90 minutes.a�?

He said: a�?Nigeria always had to wait until the last game of the qualification to qualify and this time we booked the ticket with one game to spare. What helped us in this qualification was our mental strength, we played as a unit and tactically solid. Our morale was also strong and we were able to deal with setbacks through injuries and ill players. We had some problems with our goalkeepers but were able to stabilize this position through hard work. We added a second goalkeeper coach to help us in that department. We have a good technical team that was able to deal with any issues.a�?

a�?There is no update (regarding Enyeama),a�? Rohr said. a�?He has problems at Lille, his club. He is currently not playing and is only number three at his side. He wanted to switch clubs but he didna��t find a new team. As a consequence, the question about Enyeama returning is not really up for debate.a�?

12 thoughts on “Rohr – No Special Plans For Lionel Messi”