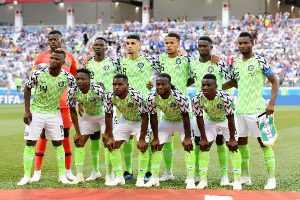 Super Eagles coach Gernot Rohr has declared that the team must be on the attack against Argentina in their Russia 2018 World Cup Group D clash in Saint Petersburg on Tuesday and take the chances in a bid to reach the round of 16.

The Super Eagles are second in the group with three points, while Argentina are bottom with one. A win for Nigeria guarantees passage into the knockout rounds while a draw will be enough if Iceland fail to beat already qualified Croatia.

“Simply put, we must take even half chances, and be on the offensive as much as possible,” Rohr is quoted in a Nigeria Football Federation press release on Sunday.

“Perhaps, a draw could be good to qualify, but we cannot think and play for a draw. Sometimes, when you play for a draw, you get punched in the face late in the day.

“It will be a tough game and we must go with a tough mentality from the start to the end.”

Akwa The Eagles returned to their Sanatorium Istochnik Hotel base in Essentuki on Saturday having no illusions that Tuesday’s match will be easy.

In the evening, they watched reigning world champions Germany come from behind to defeat Sweden with a last-gasp winner in added time.

The Super Eagles have never defeated Argentina at the FIFA World Cup, although they beat the South Americans in a friendly in Russia last November. In five previous appearances, the Eagles have faced Argentina in the group phase on four occasions, all ending in defeats.

25 thoughts on “Rohr: Super Eagles must attack Argentina, we can't play for draw”