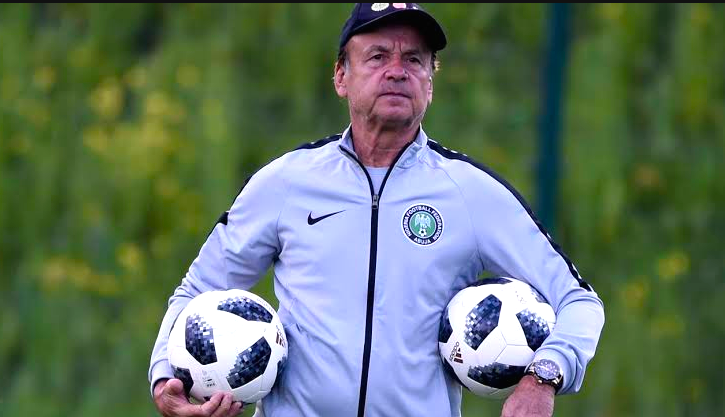 Super Eagles manager, Gernot Rohr has mandated his former player when he was the In charge OGC Nice, Victor Agali and the Nigeria goalkeeping coach Alloy Agu to ransack the Nigeria Professional Football League for future Super Eagles players.

It will be recalled that Rohr has been heavily criticized by Nigerian Football Federation boss Amaju Pinnick for his refusal to give chances to local players which has made Amaju Pinnick insert the clause as one of the criterias included in his proposed new deal as well as the German to reside in Nigeria, where he will scout for talents in the league.

The only home based player guaranteed a spot on the Super Eagles roster is Heartland goalie Ikechukwu Ezenwa while one or two others are called up in some cases just to make up the numbers or if there are withdrawals in the squad.

Rohr while speaking to ESPN said _“I think they should also look at the academy to find the best young players. This could be a new chapter of this next future,”_

_“That is why I have also my assistants like Victor Agali, like Alloy Agu, who are watching for me, looking for players in the local league.”_ Rohr Added.

The German tactician also stressed that due to the challenge the squad is facing in the Goalkeeping department, it’s imperative for Alloy Agu to scout for goalkeepers from the league.

Fabregas Could Be Rested for Chelsea's Trip to Liverpool on Saturday

Conte discusses January transfer, why Chelsea are not afraid of Barcelona

14th August 2017 mustyzod 2
We use cookies to ensure that we give you the best experience on our website. If you continue to use this site we will assume that you are happy with it.Ok