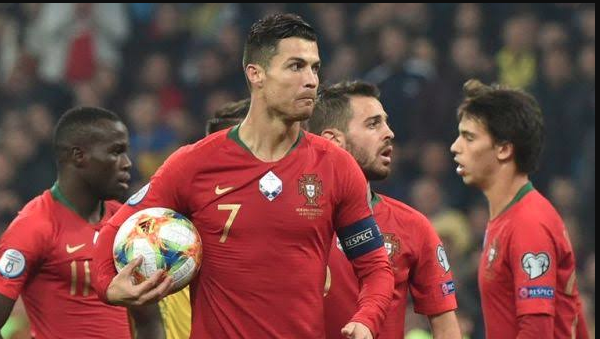 Juventus and Portuguese forward, Cristiano Ronaldo alongside Portuguese teammates have donated half of their bonus earned from qualifying for the EURO 2020 to help the amateur football clubs in the country to cater for players and individuals that has been hit by the Coronavirus pandemic.

In a statement released by the Portuguese Football Federation on Monday said the it hopes the money will reach an amount around €4.7M which is equivalent to $5.1M to help the clubs survive the crisis.

Last week, the federation decided to end the already suspended amateur season with immediate effect. Which means that the season as been declared null and void without Champions, relegation or promotion.

Meanwhile, the football body is yet to reach a conclusion on resuming the professional football but according to reports, the president will allow some normalcy to be restored and could begin the preparations for next season.